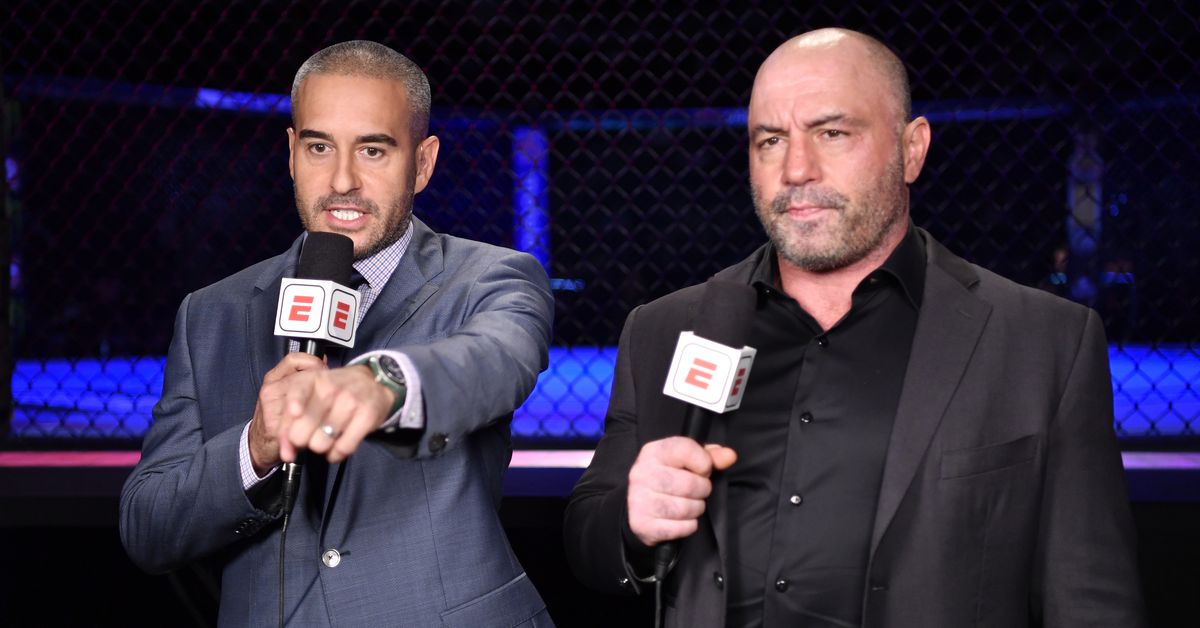 Joe Rogan is back.

The comedian and veteran color commentator will return to the broadcast booth for UFC 272 on Saturday after he missed UFC 271 in February following a string of controversies on his popular Spotify podcast.

“He’ll be there,” UFC President Dana White said to Barstool Sports Wednesday. “[Rogan is] this week, [Daniel] Cormier is off .”

Unfortunately, Cormier won’t be able to attend the event due to the passing of his mother. This was announced by the UFC two-division champion earlier in the week.

Rogan will be calling fights for first time in years after being subject to scrutiny following a viral compilation that showed him using racist slurs multiple times throughout his life.

Rogan issued an apology and called the incident the “most regretful and shameful” moment in his entire career. Following the incident, he requested that several episodes of his podcast were removed from Spotify.

Chants for “Free Joe Rogan”, actually broke out at the Houston event.

UFC 272 will take place in Las Vegas at T-Mobile Arena, while the main card is aired on ESPN+ pay-per-view.