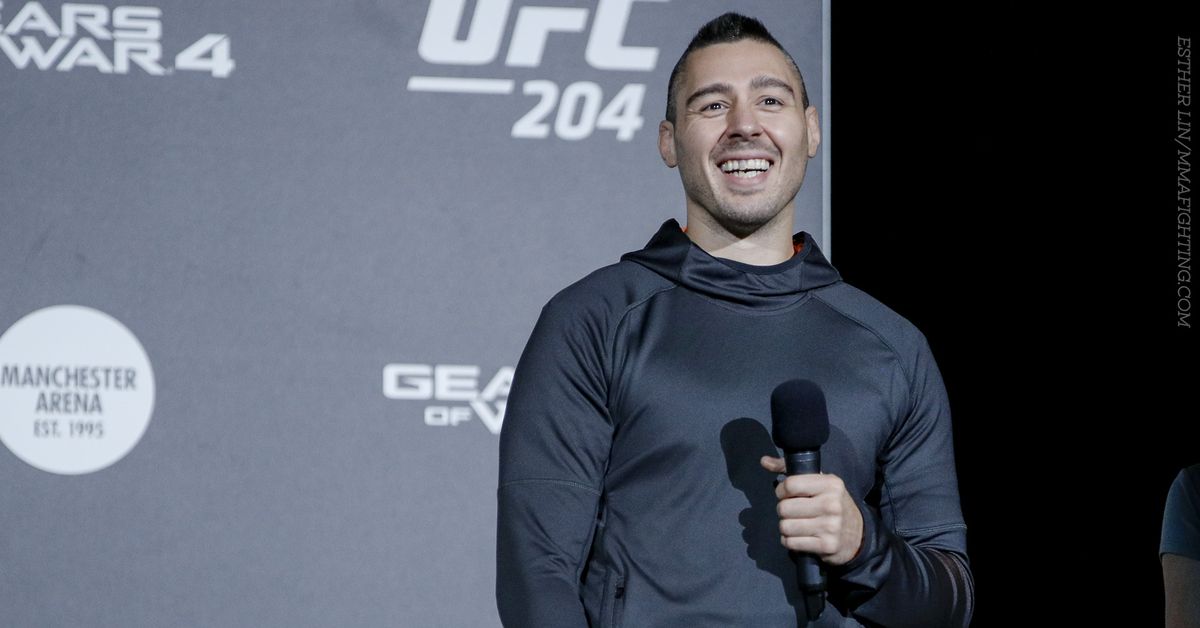 Paddy Pimblett has the potential to be a future UFC champion. At least, so says Dan Hardy.

Pimblett had a successful sophomore outing in the UFC when he submitted Kazula Vargas in the first round at UFC London. It was a good performance from the 27-year old, but one that was expected as Pimblett was the biggest betting favorite on the card — a fact he caught flak for heading into the bout when UFC middleweight champion Israel Adesanya opined that Pimblett was “getting fed a bum.”

After the win, calls were once again renewed for Pimblett to step up his level of competition inside the UFC, but according to former UFC commentator and one-time welterweight title challenger Dan Hardy, the UFC doesn’t need to do anything drastic with Pimblett just yet.

“I do like the way they’ve booked him,” Hardy recently said on The MMA Hour. “I think the UFC recognize that Paddy’s still a developing talent. To expect him to be thrown towards the top 15 and to be the same fighter that he was on Cage Warriors, you just can’t expect that.

“The other thing is, the guys he fought, [Luigi] Vendramini and Vargas, they’re not pushovers. They’re tough individuals, they both caught him with good punches, and there’s been moments where Paddy did look like he could lose the fight. So to me, that tells me that they’re matching him correctly for this moment, because those opportunities against other 155ers, they don’t end in him turning that fight around and finishing. They’re gaps that need to be closed before he moves on from the Vargases and the Vendraminis of the division, especially because 155 is a shark tank. It always has been.

“You’ve got to make sure you have no real, massive holes in your game by the time you get to [the top of the lightweight division].”

Following his win, Pimblett said he wasn’t interested in fighting a top-15 opponent until he was making more money, a reasonable request given that Pimblett apparently only made $12,000 to show and $12,000 to win at UFC London. Pimblett has been given a solid test for his next booking against Jordan Leavitt, a bout that goes down in the UFC’s return to London on July 23.

But just because Hardy isn’t ready to rush Pimblett into a title shot, doesn’t mean he thinks Pimblett can’t get there some day. Given Pimblett’s age and notoriety already, Hardy believes it is definitely possible for “The Baddy” to hold a UFC title one day.

“Absolutely,” Hardy said. “I can’t count anybody out at his age. He’s got everything in front of him, he’s got all of the opportunities, he’s got the fame and the opportunities. Every gym door is going to swing open to him, the Performance Institute will welcome him in and build him up like the next top athlete, because he’s such a valuable commodity to the UFC. As long as he’s dedicated and focused and wants to be a world champion, there’s nothing that could stop him.

“He’s going have to develop, of course. He’s going have to learn. But everybody in the division that’s not currently the champion still has something to add to their game. Very, very few people get to a championship level, and there’s nothing to say Paddy can’t do it. Like I said, there are things he’s got to work on, but he’s still a young guy, 10 fights into his career. Michael Bisping, people counted him out over and over again. I’m not saying we might see Paddy in his early 30s fighting for a belt and winning, but we can’t count him out. With the flare and the aggression and the confidence he has, everything else can be bolted on the sides.”