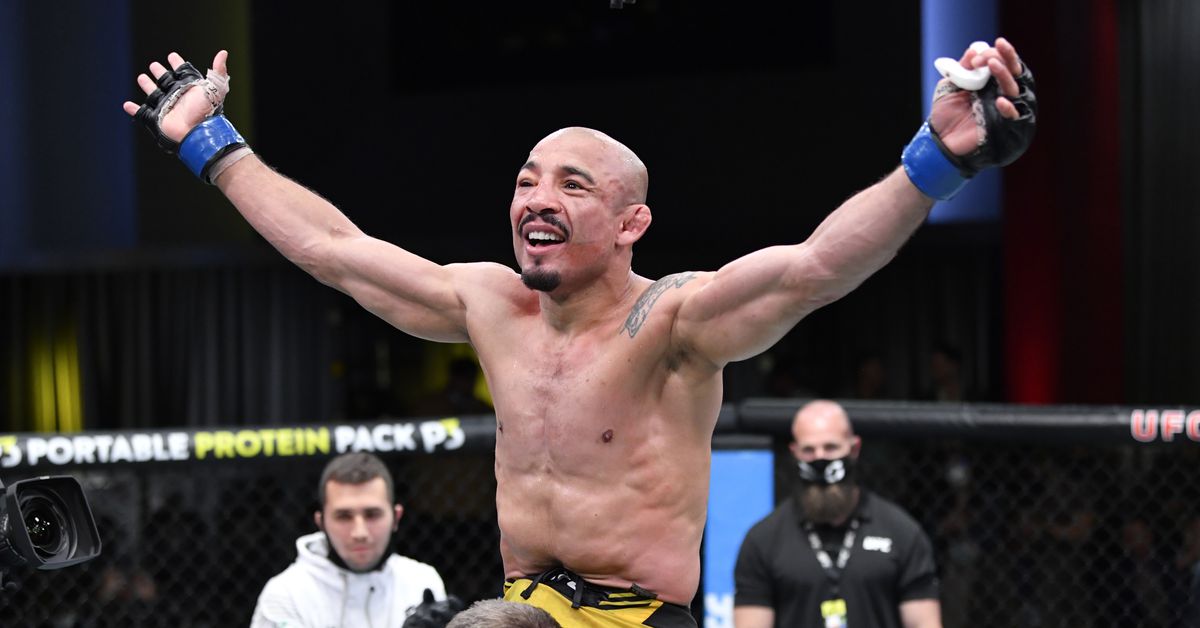 DAMN! They Were Good is a celebration of the lives of some of the most influential and exciting fighters in MMA history. This episode focuses on Jose Aldo’s career.

During his 18-year career, Aldo was the undisputed featherweight champion of the world for 2,405 days — second most of all-time behind only the great Anderson Silva — and amassed an incredible nine title defenses. The former UFC and WEC featherweight champion’s career spanned multiple eras, establishing him as one of the all-time greats even if he had chosen to retire after UFC 200 as was rumored. Aldo was a fighter and fought until his retirement at the bantamweight.

Host Jed Meshew is joined by Shaheen Al-Shatti, Guilherme Cruz, Alexander K. Lee and Steven Marrocco to remember one of the most important careers in MMA history.

New episodes of the DAMN podcast! They Were Good podcast come out bi-weekly and are available on Apple Podcasts, Google Podcasts, Spotify, Stitcher, and wherever else you find your favorite podcasts. This week’s episode can be heard below.