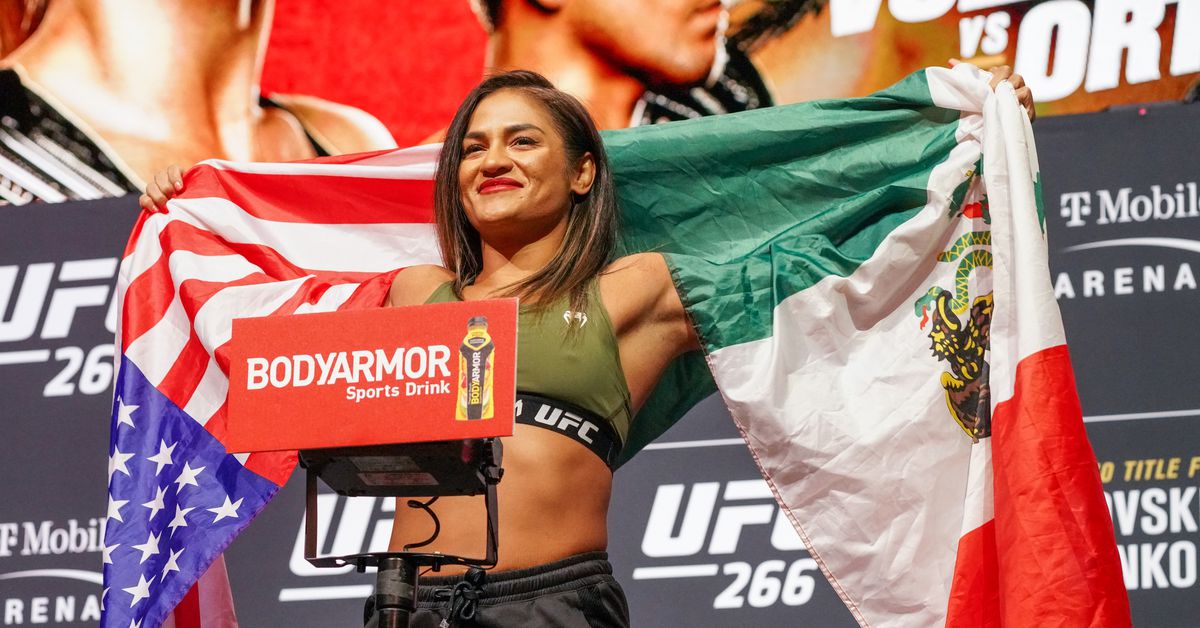 A strawweight showdown is set for the UFC’s June slate.

Multiple people with knowledge of the promotion’s plans confirmed to MMA Fighting that a matchup between Cynthia Calvillo and Brianna Fortino — formerly known as Brianna Van Buren — at the UFC’s event on June 4. Cageside Press first reported the bout will take place on May 21, but sources close to the situation say it will actually take place at the UFC’s first June event of 2022.

Calvillo returns to the strawweight division for the first time since fighting Marina Rodriguez to a draw at UFC on ESPN 7 in December 2019 — where Calvillo missed weight by over four pounds. The 34-year-old made the move up to flyweight where she picked up a main event win over Jessica Eye at UFC on ESPN 10 in June 2020. She would go on to lose her next three bouts to Katlyn Chookagian, Jessica Andrade, and Andrea Lee.

After two years of being away, Fortino will return to the Octagon once more. “The Bull” stated to MMA Fighting on We got Next that her goal was to be back in the first half year. She also mentioned that after she married and welcomed their son in April 2021., the Bull hoped to make the return walk. After winning her octagon debut against Livinha Souza, Fortino faced Tecia Torres in her second promotional appearance, losing a unanimous decision at UFC on ESPN 11 in June 2020.

The 115-pound matchup joins a card that also features an exciting featherweight tilt between Dan Ige and Movsar Evloev.