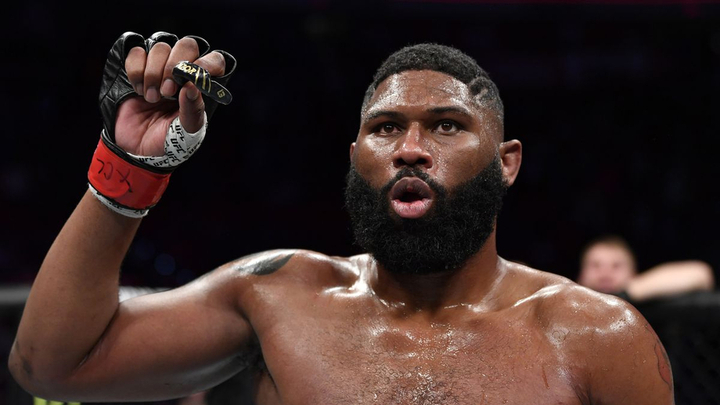 The main fight of the UFC Fight Night 185 tournament

In the #2 heavyweight main event, Blades will face the highly anticipated #4 heavyweight bout Lewis. The fight was supposed to take place back in November 2020, but Blades’ COVID-19 disease pushed the bout to February.

Blades in MMA lost only to Francis Ngannou. After the Cameroonian finished again in a rematch at the end of 2018, the Blades issued a series of four victories. In 2020, Curtis stopped Junior dos Santos by TKO and confidently won Alexander Volkov on points.

Lewis also fought twice in 2020. First, he went through the referee’s notes of Ilir Latifi, and then knocked out Alexei Oleinik, which was the third victory in a row for the Black Animal.

Blades is a former high-class wrestler who can shock with a powerful blow in the stand, and break on the ground with his trademark ground and pound.

Lewis relies on boxing and one-shot knockouts. On the ground, he looks uncertain and cannot boast of good stamina.

Blades is much stronger and more enduring than the opponent. If he manages to avoid Lewis’s dangerous punches, then he has every chance to realize his advantage on the ground and win by TKO. Lewis can “hack”, especially at the beginning of the meeting. The fight will probably not go the whole distance and we believe that the referee will raise his hand to Blades, as he has more tools to win.

Blades TKO in the 3rd round