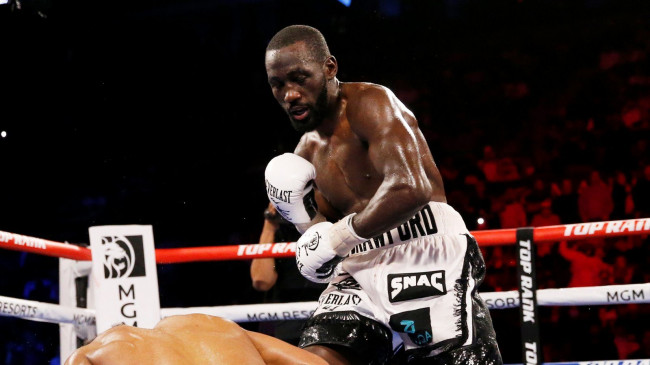 Previously, Crawford had already collected all the titles in the light welterweight, and now he dreams of a fight with the owner of the WBC, WBA Super, IBF belts compatriot Errol Spence (28-0, 22 KOs), after which he plans to conquer the first middleweight (up to 69, 9 kg) – targets unified world champion Jermell Charlo (34-1-1, 18 KOs) from the USA.

Crawford’s contract expired Top Rank.
Champion surethat now it will be much more real to agree with Spence: “There are no more obstacles in the way of our unification fight with Spence. No feuding promotional companies or conflicting TV channels. No more “on the wrong side of the street”, nothing like that. So it’s time to finally find out who is really the best in the world. I don’t want any intermediate fights. And after I beat Spence, I’ll go up in weight and give Charlo a good fuck.”

In April, Spence won the third title – WBA Super – knocked out Cuban Yordenis Ugas, after which he challenged Crawford. Terence is pleased with the antagonist: “I am glad that he returned to the ring. I’m glad he’s 100% done. So now is just the perfect time to fight. He challenged me, and I’m not going to turn on the back.

Crawford’s coach Brian McIntyre is confident that the ward will beat the shit out of Spence. Earlier, Errol neighed from coach Terence’s record. He answered – and rushed. But ex-Crawford promoter Bob Arum is no longer sure that Terence will beat Errol.