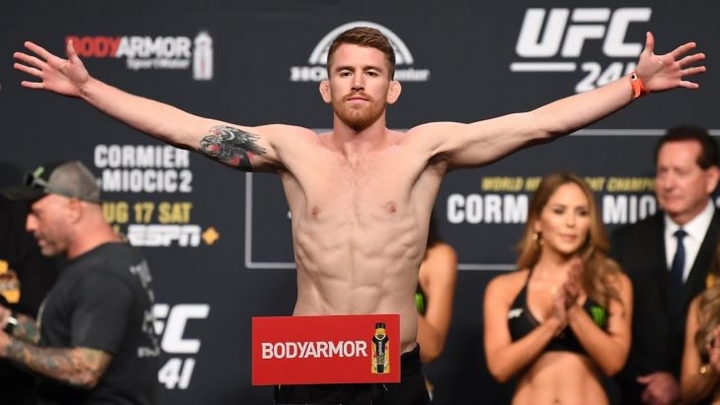 In the second most important bout of the evening on the #2 UFC bantamweight rankings, Sandhagen will take on the seasoned #4 position Edgar on this list. The stakes are too high, probably the winner will then get a title shot.

This is another delayed fight in the tournament. In January 2020, Sandhagen and Edgar did not fight each other for the reason that the latter received a more iconic fight against the “Korean Zombie”, losing in the end to Jung Chan Sung by knockout in the first round.

For former UFC lightweight champion Edgar, the loss was the second in a row, having lost on points to then-UFC Featherweight Champion Max Holloway a few months earlier. Edgar turned the black page of his career in August when he defeated Pedro Munoz by split decision in his first bantamweight fight.

Sandhagen then had to lay idle and return to the octagon only in June to lose by quick choke to Aljamain Sterling in the Candidates fight. For Corey, this was the first setback in the UFC, ending his streak in the octagon of five wins. In October, Sandhagen returned and knocked out the strong Marlon Moraes in the second round in spectacular fashion.

Edgar has good boxing, he acts traditionally aggressive in the stand. At the same time, he has excellent wrestling skills and a black belt in BJJ. Sandhagen is a cleaner puncher, having been a very good kickboxer in the past.

The battered 39-year-old Edgar is much inferior to Sandhagen in size, as much as 12 cm tall (180 cm versus 168 cm), so the “Sandman” can shoot his counterpart from a distance with his hands and feet. If Edgar doesn’t go out regularly to break into close range and transfer Corey from the ground, then everything can end very badly for him. Edgar no longer has an impenetrable chin, as one of Sandhagen’s haikikos can cut down the veteran at some point.

Sandhagen wins by knockout in the 3rd round