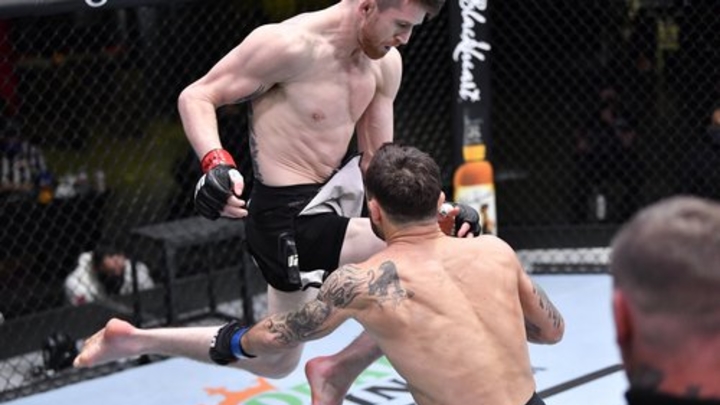 Sandhagen dealt with the opponent in 28 seconds

In the co-main battle of the tournament, the Americans Cory Sandhagen and Frankie Edgar met.

The fight lasted less than 30 seconds. Sandhagen knocked out his opponent, punching Edgar in the head with a knee in a jump.