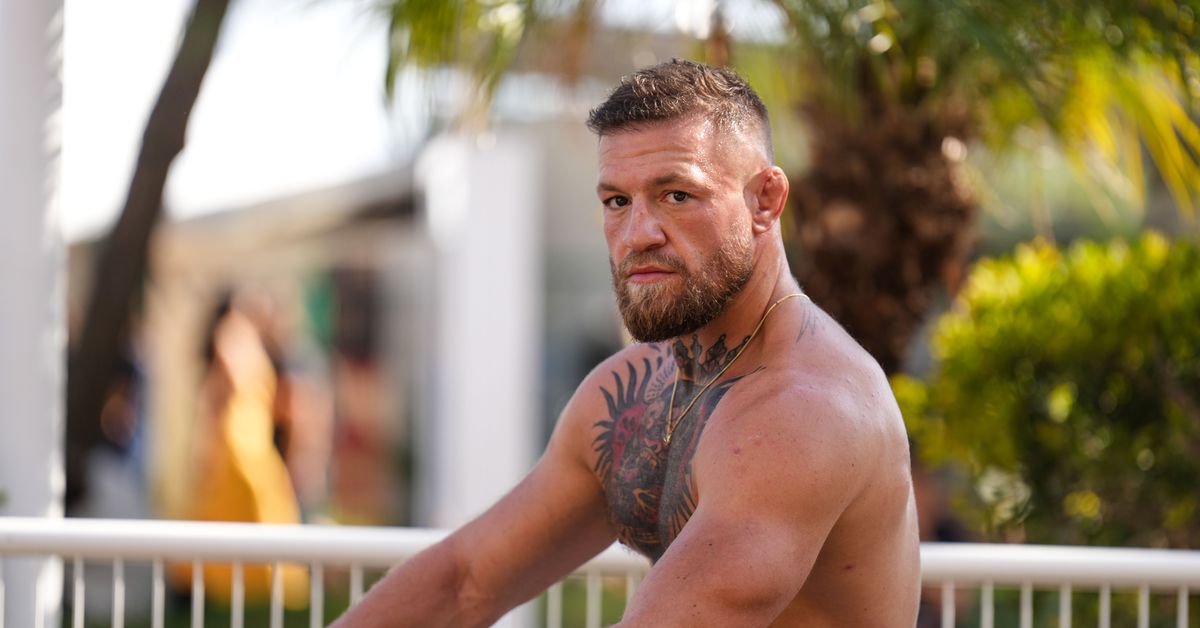 Conor McGregor may not be close to returning to the UFC, but he’s more than willing to start fires with retired champions, as Michael Bisping found out this past week.

Bisping was recently in McGregor’s crosshairs after the Irishman took a random swipe towards Bisping’s acting career while having an online discussion with Nate Diaz.

The stray shot caused Bisping to return on Thursday’s Believe You Me podcast .

” I was just confused when I saw this,” Bisping stated. “I’m like, where is this coming from? What’s all that about? I mean, God bless him. Actually, I was on set in Bulgaria. We stopped to take a break and looked at our phones as we do. Someone had shown me this on DMs. It wasn’t annoying or anything. I was just thinking out loud, wondering where that came from. … God bless him, he’s doing his first acting role and he’s all pumped about it.”

“What an idiot,” Bisping’s podcast host Anthony Smith said. “Just kind of drug you into a mess over a dust-up he got in with Nate Diaz.”

“That’s funny you say that,” Smith added, “because I thought when I saw that, like, if he didn’t have all of his bodyguards, and you and him ran into each other just somewhere out and he didn’t have 10 friends or five bodyguards or whatever, he wouldn’t dare say something like that to you. And that’s the craziest thing to me. Why be an asshole when you know no one can do anything about it because you pay $500,000 a year in security?”

Tensions between Michael Bisping and Conor McGregor are rising… pic.twitter.com/0LGosmtREj

The exchange between Bisping & Smith eventually elicited an angry response by McGregor via social media, which was then deleted.

“Bisping you’ll do f*** all you little sprinter I’ll cave your head in,” McGregor said in the first of a lengthy barrage of now-deleted tweets. “S*** fighter, s*** actor. Sirius Xm head.”

will be on the horizon.

“Does anyone want to fight in war? Do you want to go to f****** war? McGregor said in a tweet voice message that “We’ll go into war with you. “Security. It’s a tiny sausage. I’ll have security set you up … when you’re in Vegas again, pal. … Keep my name out of your f****** mouth again or any type of threatening behavior, or I’ll walk through your front door. … You little dope. You little dope, get back to where you belong.

McGregor is slated to make his first foray into Hollywood with an acting role alongside Gyllenhaal in a remake of Road House.

It is still unclear when or if McGregor will make his return to MMA. McGregor has now lost all four of his fights in the last five years.

Bisping, Smith’s entire remarks can be viewed above.