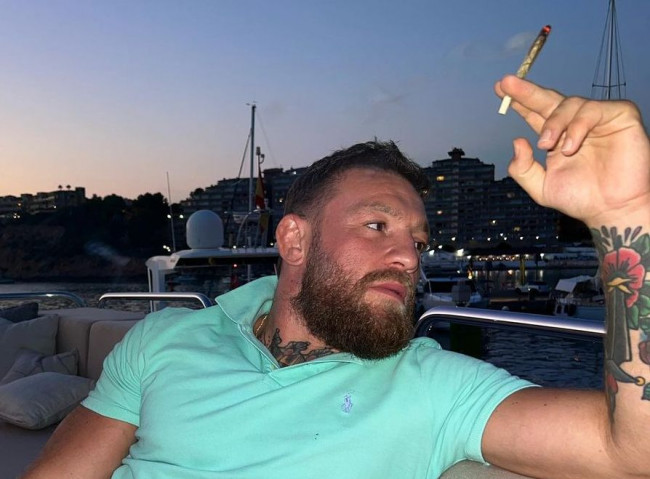 The titled Irish former UFC champion in two categories, Conor McGregor (22-6), who has entered the cage only four times over the past four years, and lost three ahead of schedule, as of August, has regained an impressive physical shape – and constantly posts videos and photos from the hall.

This time “Notorious” posted a video of him bullying his son in order to pretend to fight with him “on sticks”.

MacGregor, the small one, with a bored look, reacted to his father’s attacks, then he left him altogether and sat down to watch his father’s shyness. He, however, did not lag behind and continued to “call” the offspring to a duel.

As a result, the little one got tired, grabbed a stick and went to swing powerfully. At some point, it seemed that Conor was going to be covered up, but the MMA fighter went on the counterattack, after which his son retreated from the battlefield.

Top 5 best fighters in UFC history according to Dana White

It’s been over a year since McGregor was seen in the octagon. In June 2021, he suffered a second loss in a row against Dustin Poirier (with a broken leg).

Perhaps before the end of the year, he and Mayweather will have a rematch. But then Conor was spotted again with a glass of whiskey.