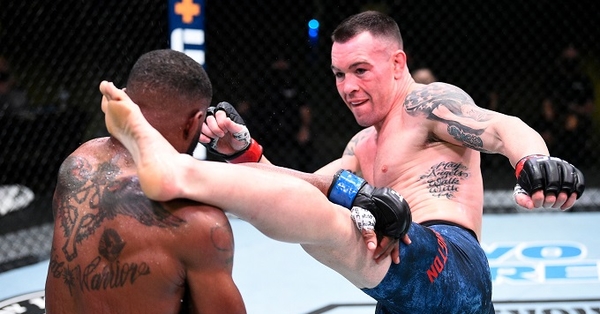 Covington won ahead of schedule and challenged Usman

UFC Fight Night 178 took place in Las Vegas, the main event of which was the battle of two former UFC welterweight champions Colby Covington and Tyron Woodley. The fight took place with an undeniable advantage of Covington and ended with an early victory in the fifth round. Covington struck on the ground and apparently broke his opponent’s rib, after which the fight was stopped.

After the fight, Covington called out UFC welterweight champion Kamaru Usman, as well as his nemesis Jorge Masvidal.

In the co-main event of the evening between Donald Cerrone and Nico Price, the judges did not decide the winner, awarding a draw.