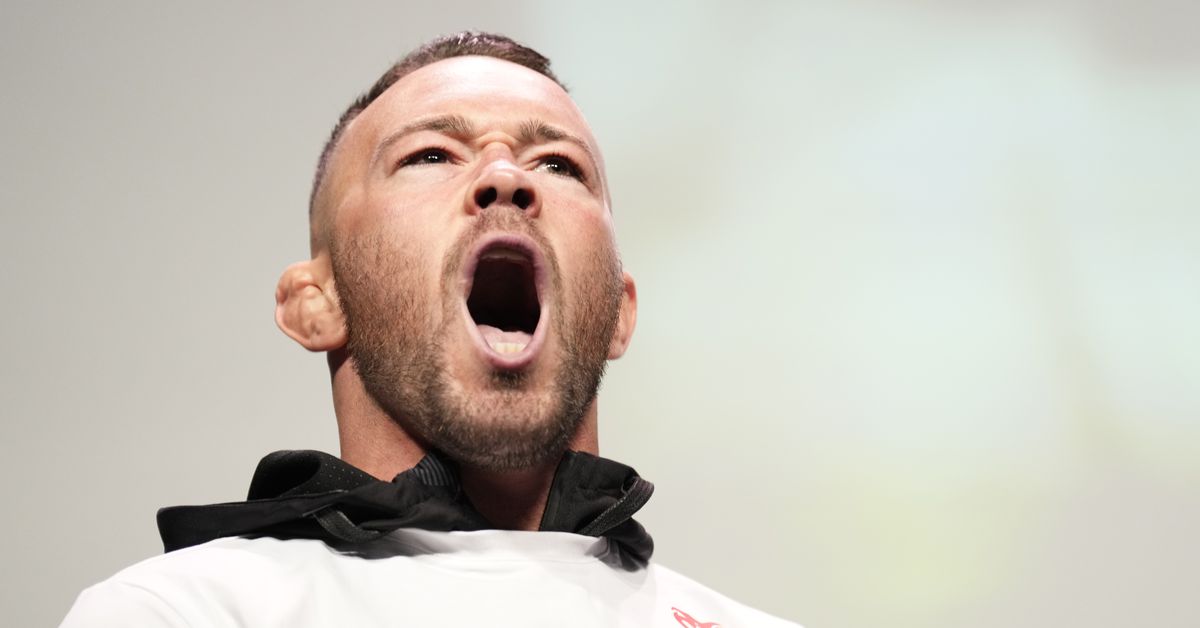 Colby Covington and Jorge Masvidal faced off and spoke their final words before a longtime rivalry comes to a head on Saturday.

Covington and Masvidal headline UFC 272 in a five-round welterweight grudge match at the T-Mobile Arena in Las Vegas. “Chaos” gave his final thoughts on the eve of the bout and after welcoming back Joe Rogan to the fold, the former interim champion delivered one more proclamation.

“Tonight is the Street Judas’ last supper,” Covington said. “Tomorrow, I’m sending him the electric chair, I’m gonna flip the switch, fry his bum ass and electrify the T-Mobile Arena like it’s never been electrified before.”

Masvidal returns to action for the first time in nearly a year when he was knocked out by Kamaru Usman at UFC 272. Paulino Hernandez, the striking coach of Gamebred — who was accused of setting the rivalry ablaze — released an expletive-laden promo and cheered on Covington as he promoted the fight.

” This guy is a b*tch, and I can’t WAIT to show it tomorrow,” Masvidal stated. “D*ck sniffing ass b*tch.