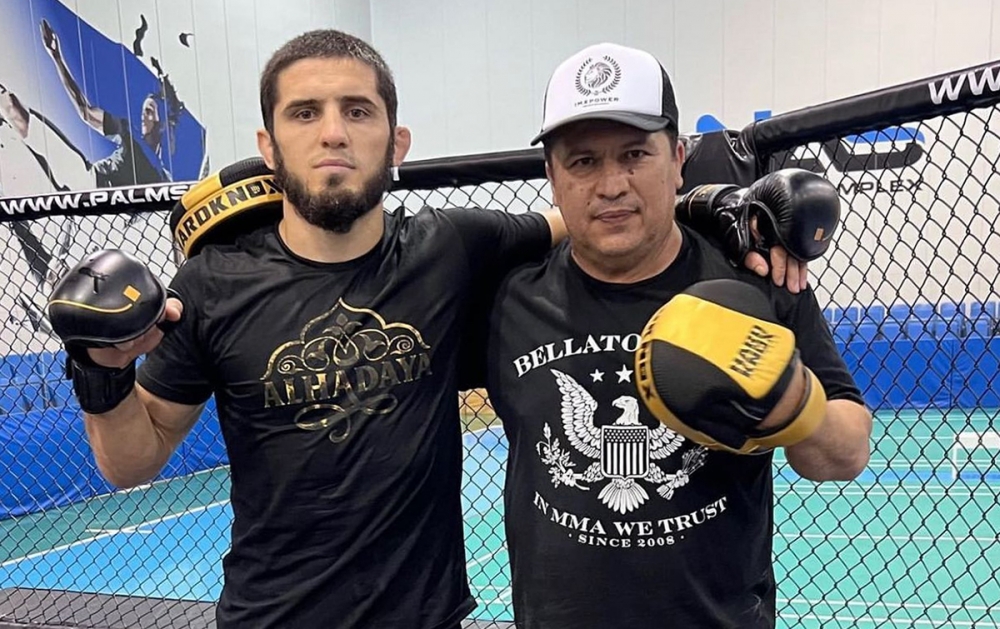 Islam Makhachev’s trainer, Javier Mendes, believes that his ward, who holds the UFC lightweight championship belt, is superior to all his predecessors who held this title as a fighter.

“Many people now understand that Islam can stand up to Oliveira, although before the fight they said Islam should translate him,” an American MMA Fighting specialist quotes. “And Charles thought that Islam would translate him, but how did he get down? Islam did not use takedowns. Islam knocked him down with a punch.”

According to Mendes, the versatility of the Russian will become an insoluble problem for Alexander Volkanovski, whom Islam Makhachev will meet on February 11 at UFC 284 in Perth.

“Thus, the secret was revealed, although we have known this for a long time – Islam knows everything. If he can’t transfer you, you’ll have to deal with his desk. I’ve said it many times before – he’s the most versatile lightweight champion of all time. He is the best among all. And I expect him to be number one on the P4P rankings on February 11th.”

At the same time, the head of the American Academy of Kickboxing does not exclude that one day the Russian lightweight will try his hand at welterweight.