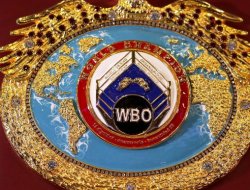 Frank Warren’s promotional company Queensberry Promotions won the promotional bidding without resistance for the right to organize the fight for the title of “interim” world champion according to the WBO super middleweight (up to 76.2 kg) between the former champion of the lower category American Demetrius Andrade (31- 0, 19 KOs) and Briton Zach Parker (22-0, 16 KOs).

Representatives of the company have already notified the WBO that they are going to fight on November 5 in England.

It is interesting to note that the fight was originally supposed to take place on May 21, and then QP won the right to organize it with a much more solid stake – $1,834,050, of which 65%, that is, almost $1 million 200 thousand, was to be received by Andred.

However, in May it was not possible to fight – Demetrius was injured. Now he will be forced to agree to a much more modest 60 percent fee – $ 183,000. Well, or completely abandon the fight.

We add that the owner of the full-weight WBO title in 76.2 kg is the Mexican Canelo Alvarez.