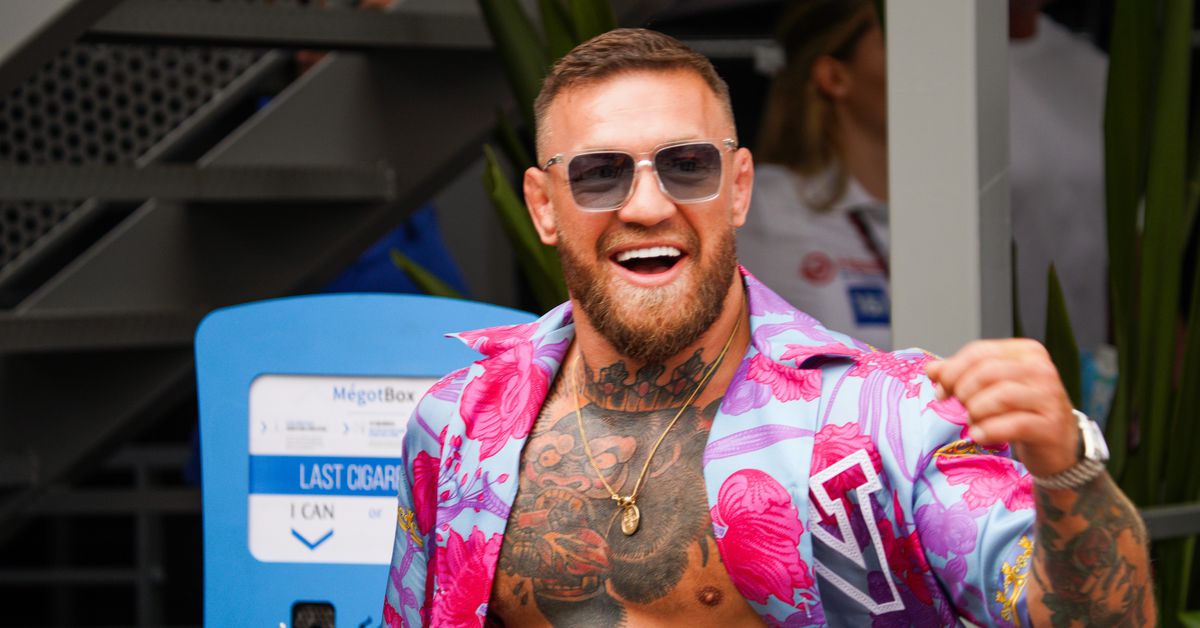 Chael Sonnen is in on Conor McGregor’s latest joke.

At least that’s how Sonnen has chosen to frame the latest McGregor controversy, which revolves around the Irish superstar removing himself from the USADA testing pool during his recovery from a broken leg that he suffered in a fight with Dustin Poirier at UFC 264 in July 2021. McGregor’s maneuvering caused UFC light heavyweight contender and analyst Anthony Smith to question why McGregor would be allowed to opt in and out of testing of his own volition and social media posts showing off McGregor’s bulked-up physique have also led to fan discourse concerning the possible use of banned substances.

To Sonnen, this is all part of McGregor’s show as always.

“Conor’s clean,” Sonnen said on The MMA Hour. He’s had fun, trolling and has been enjoying himself with others. Come on. A guy doesn’t go out and do a crime and then document the crime. Conor put the pictures out. Conor is having fun and enjoying the company of people. He’s clean.”

In response to Smith’s accusations, McGregor lashed out on social media, calling Smith “embarrassment of a man” in a since-deleted tweet. Smith later replied on the Believe You Me podcast that McGregor’s outburst was proof that perhaps he was on to something when he questioned McGregor’s behavior.

Sonnen believes that McGregor is playing right. He also feels that he was able to get out of the pool for his convenience, and not for any nefarious purpose.

“I believe that Conor has chosen his words very carefully,” Sonnen said. “I believe that he’s creating conversation. Every word he spoke was to suggest that he is avoiding the pool because of scandalous motives. Let me give an example: Conor said five days ago, “I’ll enter the pool in February.” What does that mean? Conor knew exactly what he was doing. That was what he wanted.

” I will be honest and say that Conor has left the pool. This is something he hasn’t been able to clarify. He probably left for logistical reasons. The whereabouts clause in violation of having to let someone know where you are 24/7/365, right, if you’re not where you said you’re going to be, it’s a mark and if you get three marks in a calendar year it’s an instant fail and that fail comes with a minimum punishment of two years [note: the USADA website actually says “up to two years for a first violation,” not a minimum]. Just to clarify, Conor is having fun with people and making them think he’s on anabolics. I think Conor is having fun with people, making them think that he’s on some form of anabolics.”

It’s unclear when McGregor plans to return to the USADA testing pool, but UFC President Dana White said at the UFC 280 post-fight press conference this past October that the former two-division champion will require a minimum of six months of testing before he is able to fight again.

What results will be uncovered are unclear given McGregor’s murky testing situation, but Sonnen is of the opinion that whatever the former two-division UFC champion has to do to repair his body, it’s fair game.

“There are things that are against the rules that would flag you for USADA that are 100 percent medically appropriate and sometimes even urgent and I don’t think any athlete, including Conor McGregor, should have to balance advice of a doctor about his health against a sports agency and they don’t really have room for that,” Sonnen said.

” I don’t believe USADA is full of faults. In fact, I placed them in the category very reasonable people. But they have nothing for that. Conor did what was right .”

if he wanted to get rid of subjectivity.