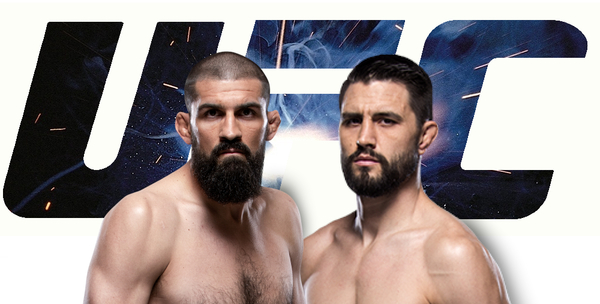 The second card after the return of the UFC to Fight Island in Abu Dhabi, UAE, falls short of the UFC 253 pay-per-view event. However, UFC on ESPN 16, scheduled for this weekend, has a couple of potentially interesting fights involving former promotion champions.

Without a doubt, the main event of the preliminary card will be a welterweight bout between former UFC Interim Champion Condit and The Ultimate Fighter season 11 winner McGee.

Condit is 2-8 in his last 10 fights, unbeaten since 2015. The last time we saw him in the cage was in December 2018 when he lost via submission to Michael Chiesa.

McGee is also having a hard time with four losses in his last five outings. The Crusher went undefeated for almost two years and lost both of their last year’s bouts by decision to Diego Lima and Sean Brady.

Condit no longer looks like the dangerous fighter he once was. McGee looks like a more versatile fighter, but Condit has a clear advantage in the stand. If the “Natural Born Killer” still has a little fire left, then he can interrupt the black bar.

If Condit fails to realize his striking superiority, which is very likely, then he will face his sixth defeat in a row. We predict that if McGee does not “lie down” at the beginning of the fight, then he is quite capable of moving the opponent from Albuquerque and being the favorite of the judges.