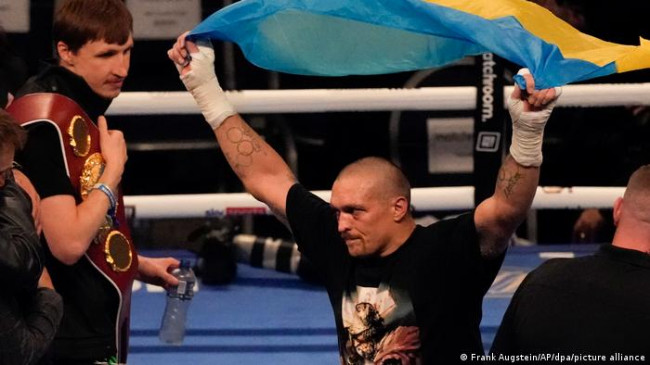 Recently collaborating with Canelo promoter Eddie Hearn (Matchroom Boxing) said that the Mexican was interested in a fight with Usyk in a contractual weight (up to 91.2 kg), which would have all the heavyweight belts of the Ukrainian at stake – WBA Super, IBF, WBO. Usyk’s manager replied that the Ukrainian agreed to fight under such conditions and was ready to make the announced limit, because he had previously been the absolute cruiserweight champion (up to 90.7 kg).

Rahman believesthat if we are really talking about a contractual weight, then Canelo’s chances are much higher than they seem at first glance: “I would like to see this fight in weight up to 91.2 kg. I think Canelo would have a great chance. He might even be the favourite. Yes, Alvarez is too small for a heavyweight, but I’m talking about weight up to 91.2 kg for a reason. And for this weight, Usyk will have to work hard: lose weight, lose muscle mass. Canelo is a really good boxer. And he’s used to sparring heavyweights.”

“Usyk is not the biggest fighter in the division. And not the coolest puncher. He was not even considered a puncher in cruisers. That’s why I think that Canelo has a chance to become the unified heavyweight champion. Yes, I really think that he can do it. Can he shake Usyk? Even if he can’t, he’s definitely not inferior to him in power. And Canelo just has a titanium beard. So Usyk will definitely not shock him. It is for this reason that I believe that he has a good chance. Perhaps even see him as a favorite. Yes, I would probably bet on Canelo, ”Rahman argues.

So far, both Canelo and Usyk are busy. The Ukrainian will have a rematch with Briton Anthony Joshua in the summer, and the Mexican will try to take away the WBA Super belt from Russian light heavyweight Dmitry Bivol this Saturday – here are our forecast and preview.