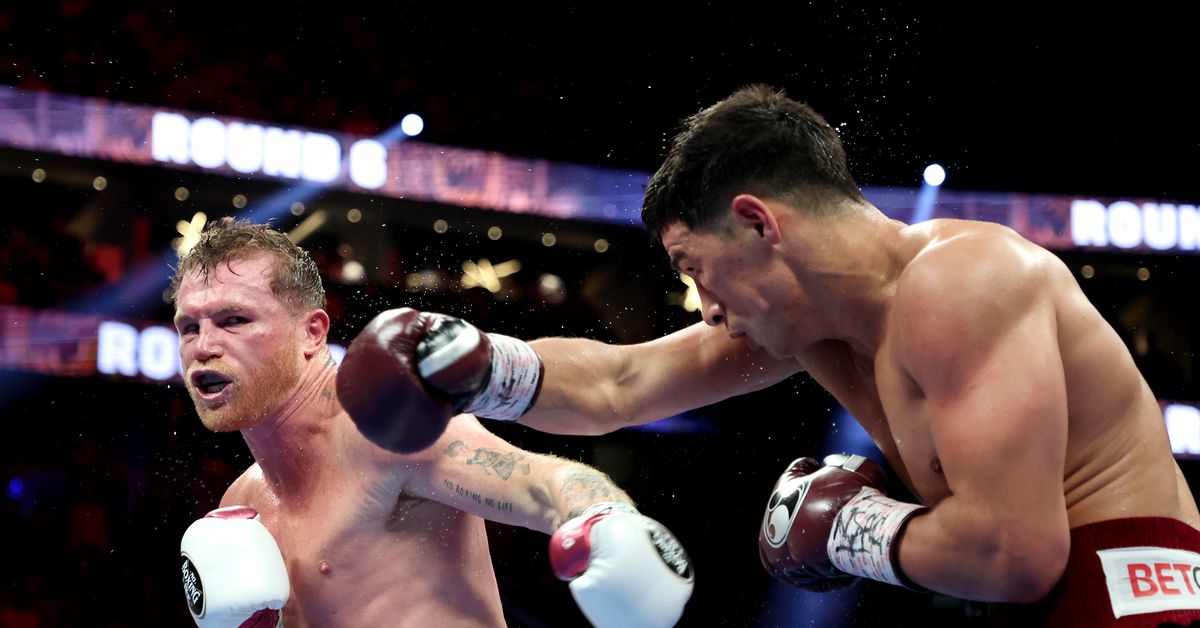 Dmitry Bivol put together the perfect performance to beat the biggest name in boxing today.

The moment Dmitry Bivol won the biggest fight of his career

Canelo sees an eight-fight win streak snapped and he suffers just the second loss of his career, the first being to Floyd Mayweather Jr. back in September 2013.

The taller Bivol (20-0, 11 KOs) controlled much of the action with a precise jab, deftly mixing in damaging combinations as his confidence (and Canelo’s frustration) grew. Bivol was then asked how he felt about being able to topple Canelo, who is widely considered to be the greatest pound-for-pound fighter in the world.

“I proved myself today, I’m the best in my division and I keep this belt,” Bivol said. Sorry, I didn’t follow your plan with Gennady Gorlovkin. Thank you Canelo, he’s a great champion, I respect him.”

Bivol also exhibited outstanding defense throughout the fight. While Canelo did well closing the distance to get in range for his power punches, the majority of them were dulled by Bivol’s tight guard. Canelo was most successful going to the body. However, even there his body shots were often answered by Bivol’s straight punches that made him back away.

Regarding Canelo’s power, Bivol stated that he had hurt his arm .”

The final scores gave Bivol victory by two rounds. However, there were many more that could have been awarded to Bivol. Canelo was unable to keep his offense moving and the differentials reached just two rounds. The outcome was a disappointing one for the majority of the crowd, who seemed desperate to ring in Cinco de Mayo with yet another win for the Mexican star.

” You have to agree, it’s Boxing,” Canelo stated in Spanish through a translator. “He’s a great champion. It’s impossible to make excuses for today, I lost and he won .”

The four-division champion then stated that he would exercise his rematch clause, a challenge that Bivol welcomed.