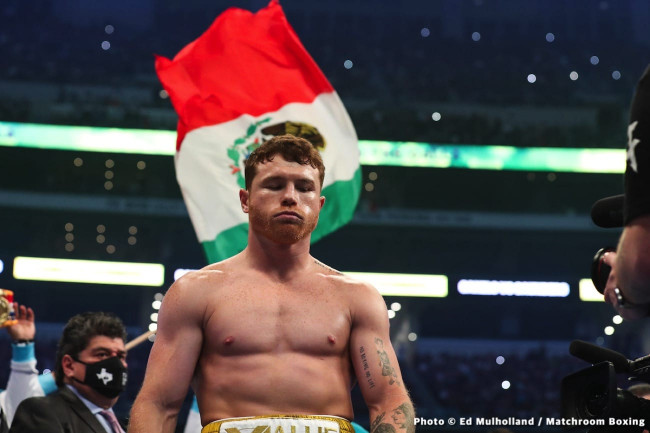 Early in the year top promoter Eddie Hearn (Matchroom Boxing) and influential functionary Al Haymon (Premier Boxing Champions) met in a correspondence battle for the right to organize the next two fights for the best current boxer in the world, regardless of the weight category of the Mexican Saul Canelo Alvarez (57-1-2, 39 KOs).

Canelo accepted Hearn’s offer. Already this Saturday, he will fight Bivol, and in September he will have a third fight with Golovkin. According to collaborator RVS promoter Tom BrownTGB Promotions), in the proposal from Haymon there was another option – a fight against the leader of the welterweight division, American Errol Spence (28-2, 22 KOs).

brown surethat the Mexican chose just simpler fights: “I want to pay tribute to Eddie Reynoso. No wonder he is the manager of the year – Canelo made the most trifling fights for the maximum money. They chose more money with minimal risk of failure. It’s no secret that in battles against Charlo and Benavidez, losing is much more real. And they also had the option to take the fight with Spence. It was a $100 million deal – $45 for Charlo and $55 for Benavidez or Spence.”

Brown recalls that the Canelo vs Spence fight had huge financial potential, as both champions are PPV stars. He says the American was ready to fight the Mexican at catchweight (74.4kg): “Errol is the #2 dude in boxing. He is already a PPV star. He has a serious performance in ticket sales. And the dude has balls. He was ready to move up more than two divisions. It’s all about heritage.”

It seems that in the next fight Errol will meet with the owner of the WBO belt missing from the complete collection of the WBO belt, compatriot Terence Crawford. The fighters have already started the promotion of the event. Spence neighed off Crawford’s coaching record. He answered – and rushed. In response, the mentor stated that Terence would beat the crap out of Errol.