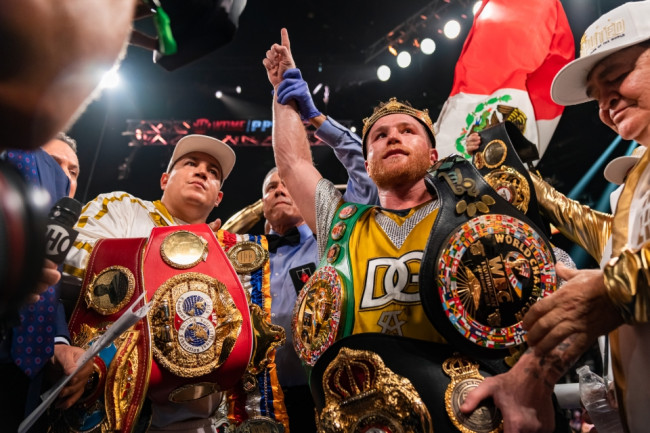 Coach Eddie Reynoso explained how and why talk began that his ward, the leader of the P4P rating, Mexican Saul Canelo Alvarez (57-1-2, 39 KOs) could soon fight with No. 1 in MMA pound, a native of Nigeria Kamaru Usman (20-1 in MMA).

“What is happening now around Canelo is a repetition of the situation that previously had such stars as Oscar De La Hoya, Floyd Mayweather and Manny Pacquiao, —
smiling Reynoso. — It’s simple. At one time, absolutely all the fighters in the world wanted to fight with them. The same is happening now around Canelo. Therefore, do not be surprised that even UFC fighters want to box with him. Don’t be surprised that even they challenge him to a fight.”

Reynoso does not rule out that sooner or later the fight with Usman will take place: “It is necessary to prioritize. First of all, you need to focus on immediate goals and objectives. Canelo needs to keep winning. In future? I think it’s real. I think in the future we could do something like that fight between Mayweather and Conor McGregor.”

In August 2018, Mayweather once again resumed his career – he had a fight with the absolute boxing debutant McGregor. The bout seemed competitive at first, but the Irishman soon ran out of steam and was beaten to the ground by the referee in the 10th round.

Canelo is still very busy. Already today he will fight for the WBA Super light heavyweight belt with Russian Dmitry Bivol (preview, forecast, weigh-in results), and in September he has a # 3 fight with veteran antagonist from Kazakhstan Gennady Golovkin. Rumor has it that Canelo will close the calendar year with a bout in Britain – but it won’t be Beterbiev. Hearn named all options.