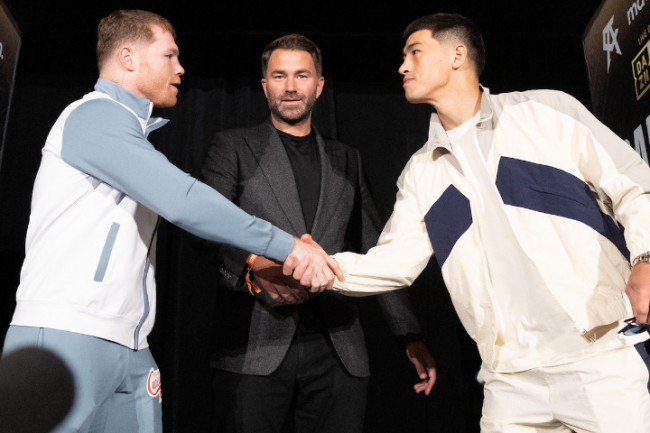 On the night of May 8 in Las Vegas (USA), the best fighter in the world, regardless of weight category, Mexican Saul Canelo Alvarez (57-1-2, 39 KOs) will try to take away the WBA Super light heavyweight belt from Russian Dmitry Bivol (19-0 , 11 KOs).

Yesterday, both solemnly arrived at the venue of the fight, after which they talked to representatives of the sports media.

Bivol stated that he “respects Canelo, but now he is his enemy.” BUT
the Mexican reasoned about how he can quickly neutralize the superiority of the Russian in anthropometry: “I feel great. I’m ready, I can’t wait for the fight. I don’t want to compare this fight with the fight against Billy Joe Saunders, because it will be a fight at a different weight. Bivol is really good. So I don’t know if I can stop him. And if I can, in what round will it happen. We will see…”

The Mexican compared Bivol to his other former top rivals: “He looks like Gennady Golovkin and Sergey Kovalev (apparently, we are talking primarily about a well-placed jab). But I have a lot of experience boxing with a variety of stylistically different fighters. That’s what makes me a really great boxer. So the main task is to remove Bivol’s jab. Yes, I know how to do it. I think he will be better prepared for the fight compared to Kovalev. I think he is smarter than Kovalev. They have similar styles: a lot of jab, it’s hard to get close.”

Yesterday, Gervonta Davis admitted that he does not believe in Bivol’s chances to beat Canelo and against the Golovkin trilogy. And promoter Bob Arum is leaning towards Alvarez winning.