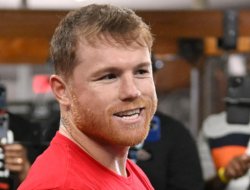 Mexican Canelo Alvarez (57-2-2, 39 KOs) is sure that in fact Kazakhstani Gennady Golovkin (42-1-1, 37 KOs) understands and admits that he was defeated in their rematch, but he will never say it out loud .

Recall that Alvarez and Golovkin had their first fight in September 2017 – it ended in a draw. The revenge took place a year later – Canelo won it on points.

The third fight is scheduled for September 17 and, like the previous two, will be held in Las Vegas.

“He knows he lost[the second fight]but he will never admit it,” Alvarez said. “I know that I won both fights. It’s just that when a fight like this is really close, people can’t always agree. Someone will say: “He won.” Others will answer: “No, he won.” It’s all about close fights, but they’re good for boxing.”