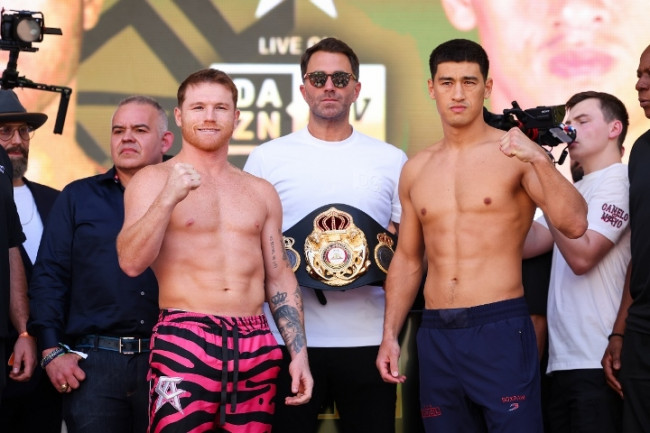 Canelo mostly starts the fight at a leisurely pace, exhausting the opponent with pressure, inflating the density of the fight after the equator.
Mexican surethat such tactics will not work with Bivol: “I think I will have to start being active much earlier, because the opponent has enough functionality for the entire distance.”

Canelo once again called Bivol the strongest light heavyweight in the world: “I repeat, I consider him the best in the division. Yes, I remember that Artur Beterbiev is in the same weight class. This is a very strong fighter who constantly goes only forward. And Bivol is not only strong, he is also smart. And he is a very good boxer, has a great jab. But I know it and I’m ready for it. Together with coach Eddie Reynoso, we did a good job on head movements. Eddie just threw jabs at me.”

Canelo and Bivol already weighed in. You can read the forecast and place a bet on this fight at link. In addition, we have prepared a traditional pre-match show fight with the forecasts of the editorial board.