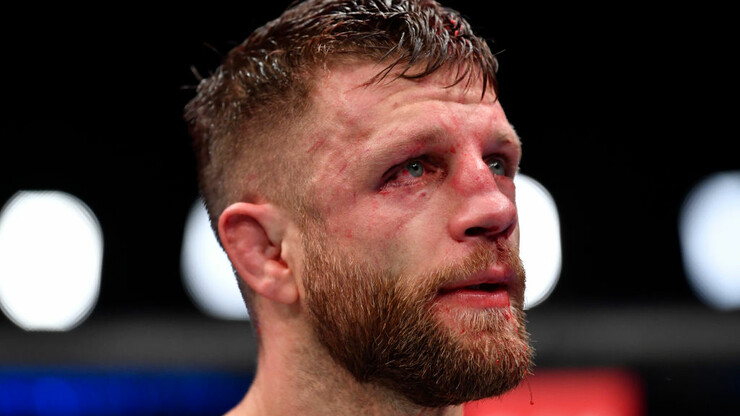 The fight will take place on January 16 in Las Vegas (Nevada, USA) at the UFC Apex complex and will be the main event at UFC on ESPN 32 (UFC Vegas 46). Estimated start of the battle – 04:30 Kiev time. The fight will be broadcast live on Setanta Sports.

In 2020, Kattar won both of his fights, getting past Jeremy Stevens and Dan Ige, and in 2021, Calvin fought once. In January, he had a 5-round fight against Max Holloway, who turned out to be much better than Kattar and won the fight by unanimous decision. Kattar suffered a lot of damage in that fight, and his one-year downtime is largely due to this.

Chikaze has won every one of his seven fights in the UFC. If he won the first four fights by decision, now he is on a series of three wins by knockout. The Georgian fighter knocked out Jamie Simmons, Cub Swanson and Edson Barboza in August.

Two excellent strikers will meet in the cage, however, Chikaze is an excellent kickboxer in the past and, obviously, he will have an advantage in the stance over his opponent. Kattar is stronger in wrestling terms, but Chikaze defends well against takedowns and it is unlikely that fighters will spend much time on the ground.

Chikaze will score points due to his striking skills, but it will not be easy for him to knock out the staunch Kattar, so the fight has every chance of going through five rounds.