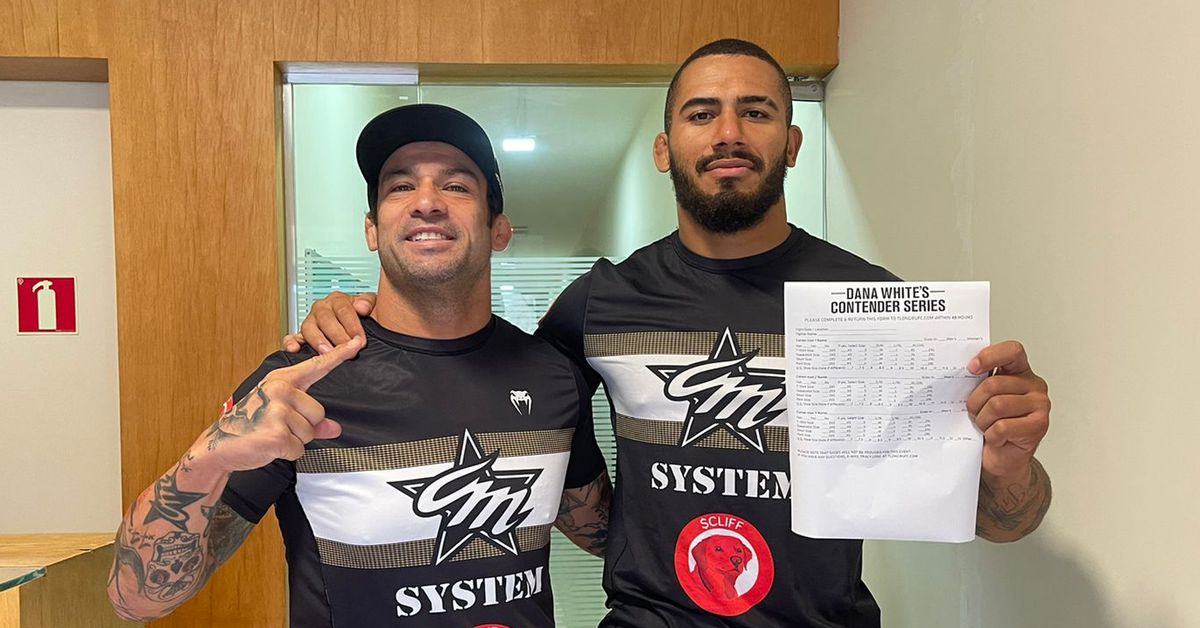 Two Brazilian light heavyweight prospects will have a rematch with higher stakes.

Vitor Petrino and Rodolfo Bellato, who met early in their MMA careers back in 2019, have agreed to meet a second time at Dana White‘s Contender Series on Sept. 6 in Las Vegas, multiple people with knowledge of the situation told MMA Fighting.

Petrino (6-0) defeated Bellato by knockout in just 25 seconds in his professional MMA debut at Max Fight 22. In his most recent appearance this past September, the CM System talent stopped UFC veteran Gadzhimurad Antigulov at UAE Warriors.

Bellato (8-1) was 5-0 at the time he suffered his first and so far only setback in the sport. Bellato, fighting out of Team Nogueira Rio de Janeiro was awarded back-to-back submissions in the first round in his latest bouts under LFA.

“I can’t wait for this fight,” Petrino told MMA Fighting. “My opponent is super tough and trains in a team with very experienced fighters. He’s on a good streak but my team and I are very confident. We fought before, but this is like the first time for us.

” We’re prepared for anything and everybody. We are going to fight for this contract to make history and win it .”