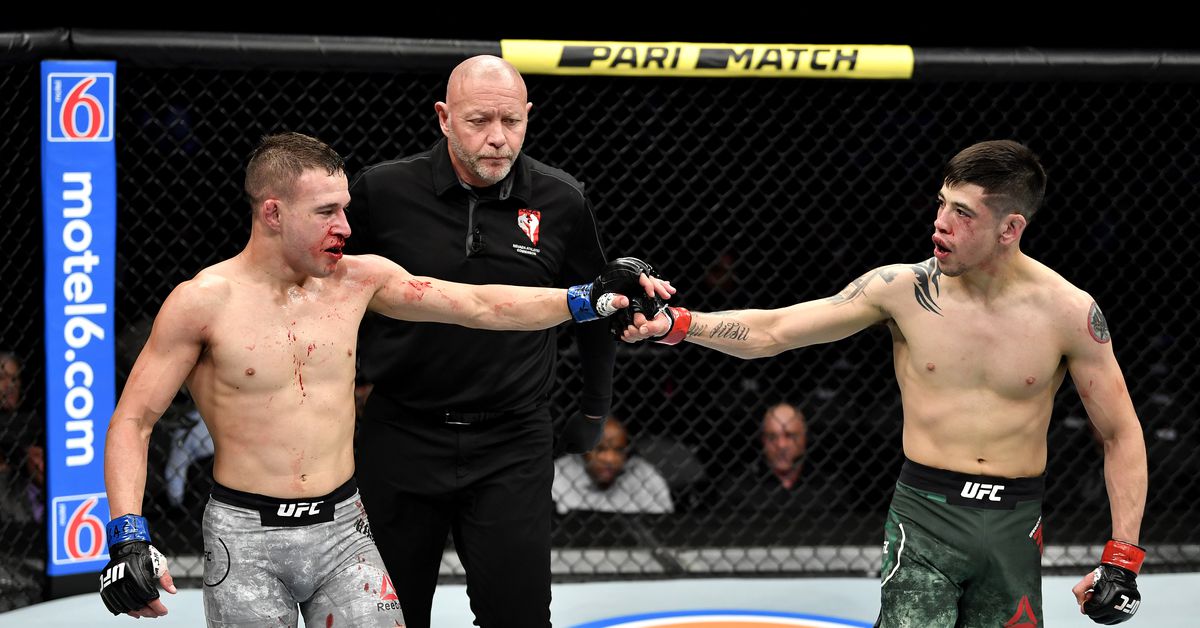 With Deiveson Figueiredo on the shelf with an injury, the UFC is close to finalizing a July matchup for an interim flyweight title.

Multiple people with knowledge of the promotion’s plans confirmed to MMA Fighting that a fight between former undisputed champion Brandon Moreno and Kai-Kara France is being targeted for UFC 277. The event takes place July 30 at a location and venue yet to be determined. Verbal agreements are in place for the bout, which was first reported by Ariel Helwani.

The initial plan was to set up a fourth meeting between Moreno and Figueiredo, the current flyweight champion, but the latter is dealing with injuries to both of his hands and doesn’t expect to return until late 2022.

It will be the second time that Moreno and Kara-France share the octagon in less than three years. At UFC 245, Moreno picked up a unanimous decision victory in December 2019. “The Assassin Baby” went on to defeat Jussier Formiga and Brandon Royval before challenging Figueiredo for the flyweight title at at UFC 256 in December 2020, fighting to a majority draw. The No. 2 ranked fighter in MMA Fighting’s Global Rankings then captured the title at UFC 262 six months later via submission, before dropping the title back to Figueiredo at UFC 270 in January via unanimous decision.

Kara-France has won three straight, and four of five to earn his first UFC championship opportunity. The 29-year-old, tied for fourth on MMA Fighting’s Global Rankings at 125 pounds, picked up first-round stoppages of Rogerio Bonterin and Cody Garbrandt in 2021 before handing the first loss to Askar Askarov at UFC Columbus in March.