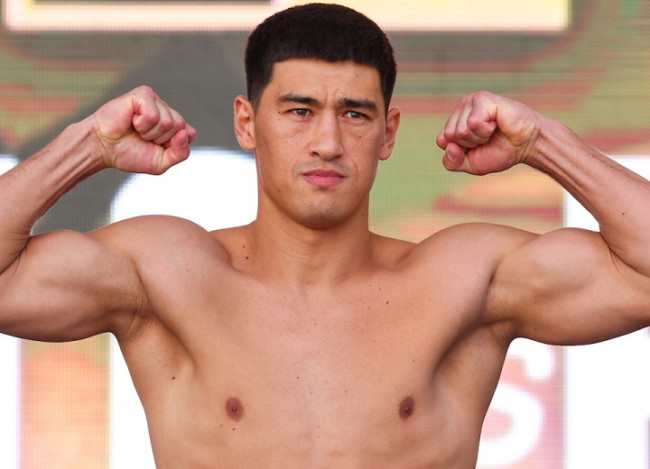 Mexican Saul Canelo Alvarez (57-1-2, 39 KOs) and Russian Dmitry Bivol (19-0, 11 KOs) without any problems invested in the weight limit on the eve of the face-to-face fight – today in Las Vegas (USA) they will fight for the WBA title Super Light Heavyweight.

Show promoter Eddie HearnMatchroom Boxing)
is going throughthat there will be a huge difference in weight between the fighters, and not in favor of the favorite contender Alvarez: “He even looked tiny in comparison with Bivol at the weigh-in. But this fight is his personal choice. He wants to give an advantage to his opponent in order to test himself at a qualitatively new level. How else? He’s too good. It is for this reason that he constantly rises in weight. Only here he will have real challenges. Do you understand that Bivol will weigh 9 kopecks more in a fight?”

Alvarez-Bivol. Is this “w-w” for a reason? – preview for this fight

“Dmitry looks solid. He is calm, he is in great shape. I expect just the greatest duel. Everything has already warmed up to 100 degrees. And also thousands of fans in the arena. Canelo is the people’s champion, the national hero of Mexico. And it is very important for him to fight in the week of celebration. Cinco de Mayo. And it is important for him to arrange the most cool show. But I want to say that I am very impressed with Bivol. He was cool on stage, although it is not easy. Moreover, his English is so-so, not a fountain. But he was confident and answered in English. Just well done, ”Hearn praises the champion.

“I think Bivol still believes in his advantage in anthropometry,” suggests the promoter. – He feels healthy. Those who are really interested in boxing know that this guy is really good. Therefore, I am not surprised that many people are betting on his victory. Yes, there are those who do not believe that Canelo can be beaten. But I will repeat. Everyone who really rummages in boxing understands that the chances here are about 50/50. This is a very, very tough fight for Canelo. Possibly the hardest of his career. At least one of them.”

Yesterday, Canelo admitted that in the fight with Bivol, he will slightly change his tactics. And the Mexican said: “I respect the opponent, but…”