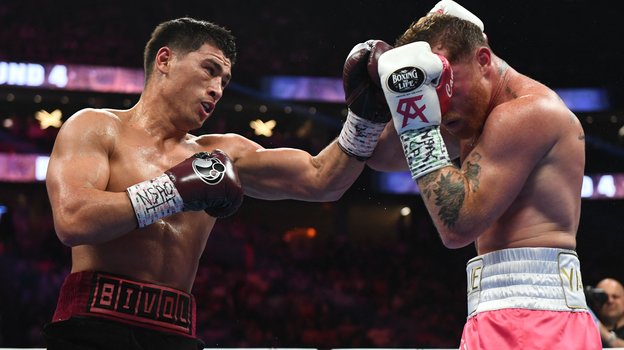 About his place in the P4P rating: I don’t like these kinds of questions. I don’t know, to be honest. I just beat the King of the Pound, but I don’t think I should take his place. I really don’t know. What do you think? What do the fans think? I think I’m missing a few more decent names on my track record. That is why I say that I must first prove that Canelo is stronger. I want to fight for his titles because I don’t feel like I took his place. I do not feel that I have become the most famous fighter in boxing. I’m just one of the good fighters. But I can get better. And if I take more belts, then we can talk about something. I don’t even know if I beat Canelo again, will it help me or will I stay in the same positions?

On how Canelo came under fire after losing: He did go up in weight. He still has 4 belts in the super middleweight division. He conquered 4 weight categories. This is a great fighter, this is a legend. And he remains a legend. Everyone has haters. It’s time for Canelo’s haters. But he remains one of the best. And I respect Canelo and his team.

On whether there will be a rematch: This fight is not my priority. I’d rather focus on the rest of the light heavyweight belts. But there was such a clause in the contract and Canelo has the right to use it. If he wants, I’ll have to give him revenge. Even though this is not my goal, I will fight him again, because he gave me this opportunity. And now I must answer him the same. If he does not use his right, then I will go my own way.

About what requirements will be for revenge: More money. To have my name first on the posters. Some of the requirements…

On how the rematch will go: I’m not sure that everything will be easier than in the first battle. I’m sure that things will be different. It will be hard. Moreover, he will be much more motivated. Will he take revenge or not? I don’t know. How do I know what’s going on in his head right now. How do I know what they are thinking in his team now. But I’m sure they’ll make the right choice. I respectfully accept whatever decision they make.

Manager Vadim Kornilov: As far as I remember, the rematch should take place within 6 months after the first fight, and Canelo should make the final decision in a month.

On Canelo’s punching power at light heavyweight: He has a punch. He’s a really powerful dude. He may well compete in this division. Definitely can. He has enough power for this.

About the ups and downs of the fight: My defensive skills helped me. Covered head and body. He parried many blows with his hands. He tried to force me to lower my arms with blows to the shoulders, but this only used up all his energy. The hand, however, swelled up after the fight. It hurts a little, but even now I can jab quite well. You know, I’ve been preparing for this. In sparring, my partners were often instructed to beat my hands. So I was ready for that because I saw him fight Callum Smith.

About the judge’s verdict: I hesitated for a second when I heard that all the judges gave the same score. But only for one second. But then I heard: “And still the world champion…” I think he won no more than 4 rounds.

On who helped in sparring: Sparred with Brandon Adams. He has solid left hooks and body shots, decent speed. He’s about the same height as Canelo. I also had Niko from Georgia in my team, I don’t remember his last name (apparently, this is Nikoloz Sekniashvili). He is very good. Combos, good left hooks. And, of course, I sparred with Israil Madrimov. You definitely know this guy. Very uncomfortable, with excellent protection. He made great use of his legs and body. And he has a very decent hit. It is clear that finding the same fighters as Canelo is unrealistic. But we were looking for those who would have some similar specifications.

On the three light heavyweight title fight between Artur Beterbiev and Joe Smith Jr.: Interesting fight. Beterbiev can win. He certainly has more chances. After all, he is more powerful and more technical. He has a huge experience in amateurs, and this affects your skills and experience. But Smith also has power. And he is a very brave fighter. So the fight will be interesting. Of course I want to fight the winner.

On wanting to fight Canelo at 76.2kg: It’s just one of the options we could discuss. But it’s not 100%. Moreover, now I am not 100% sure that I will make this weight. I had a coronavirus, after which I gained a little weight. Well, you know what else to do at home? You sit around doing nothing, without training and fighting, and just eat … (laughs)

Yesterday, Alvarez finally agreed with the judges’ verdict: “I lost, but I’ll take it like a man.” Meanwhile, the legendary Roy Jones is sure that Canelo needs a third fight with Golovkin.