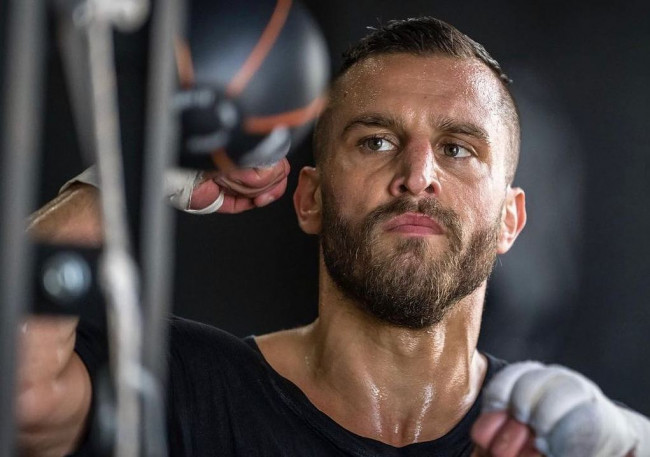 Former IBF world middleweight champion David Lemieux (43-4, 36 KOs) is sure that Canelo Alvarez (57-2-2, 39 KOs) failed in an attempt to take away the WBA light heavyweight belt from its owner Dmitry Bivol (20 -0, 11 KOs) is associated primarily with the difference in the dimensions of the fighters. Recall that a week ago, Bivol defeated the star Mexican.

“Dmitri is too big for Canelo. In certain weights, for this reason, there are weight categories, Lemieux said ornately.
DAZN. “We saw very clearly that Saul was really out of his weight class.”

“Bivol is a great fighter, but so is Canelo. So I think every fighter has his own [оптимальный] the weight. If you go too far, it will eventually catch up with you. Well, unless you’re Manny Pacquiao,” Lemieux chuckled.

On May 21, he and David Benavidez (25-0, 22 KOs) will challenge the vacant WBC interim super middleweight title (up to 76.2 kg) and determine the mandatory challenger for Alvarez, who remains absolute in this division.

Ahead of Saturday’s fight, Benavides discussed possible fights with Jermall Charlo, Alvarez and Caleb Plant. But he spoke very little about the actual enemy – Lemieux.

In David’s words, “If you haven’t passed A, there’s no point in planning for B.”

“So if he’s thinking somewhere else, that’s not bad for me. I only think about Saturday night. I’m sure he’s probably in for a surprise if he’s not focused, ”the Canadian believes.

Another former super middleweight champion wants Canelo Alvarez to beat Bivol a second time. And here is a sudden prediction from a-Charlo: Canelo will knock out Bivol in a rematch.