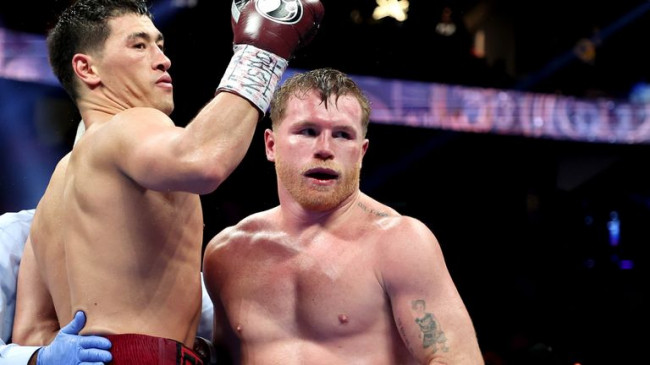 Promoter Oscar De La HoyaGolden Boy Promotions) believes that the fight between his ex-fighter Mexican Saul Canelo Alvarez (57-2-2, 39 KOs) and Russian Dmitry Bivol (20-0, 11 KOs) was not as competitive as the judges’ notes say.

Boss GBP compared Alvarez’s fight against Bivol with Canelo’s previous performance in the light heavyweight limit – in 2019 he knocked out the age-old WBO champion Russian Sergey Kovalev: “Let’s talk garlic. When we fought against Kovalev, he was far from the same fighter who defeated Bernard Hopkins. Everyone knows this. Was the fight with Bivol competitive? No, it really wasn’t. Bivol dominated. Personally, I gave Canelo 4 rounds.”

De La Hoya wrote on social networks that he is ready to accept Canelo back in GBP. The promoter confirmed his intentions: “Well, yes. Our doors are always open for him. If he wants to work together again and get another such beautiful winning streak, then you are welcome. Our doors are always open for him, even though we are not the best buddies with him.

On Canelo’s decision to announce an immediate rematch with Bivol and not wanting to accept defeat: “I know. Passed. I also had those moments. Emotions run high after defeat. That’s the whole secret. It seems to you that all more or less equal rounds should have gone to you. But then you calm down, review the fight, write out the pros and cons, analyze and look at the situation differently – through the eyes of a realist. I’m telling you, Canelo took 4 rounds from me.

On Canelo’s next options: Beat Bivol in a rematch? This is a very difficult task. I would recommend staying at super middleweight and dominating there. Canelo hasn’t really lost anything. Will fight now in the super middleweight with Gennady Golovkin, knock him out and return to the top of the pyramid again.

On what went wrong in the Bivol fight: “Look, styles make fights… But I was surprised that Canelo never managed to adapt to his opponent. I often say that a good little fighter will never beat a good big fighter. Canelo got a few uppercuts and that’s it. Perhaps they should have punched them more often. And, of course, the jab. Especially jab to the body. What else was wrong? He fought in one gear. Didn’t change tempo. There was a lack of combination work. But above all, the jab was missing. You know, the jab is always the key to success.”

Roughly the same was recommended by Canelo and the legendary Mike Tyson. He called Alvarez’s mistake and gave advice on how to beat Bivol in a rematch. The Mexican later stated, “I lost, but I’ll take it like a man.” Who knows, maybe he listened to the advice of his ex-victim: “Be a man, stop making excuses.”