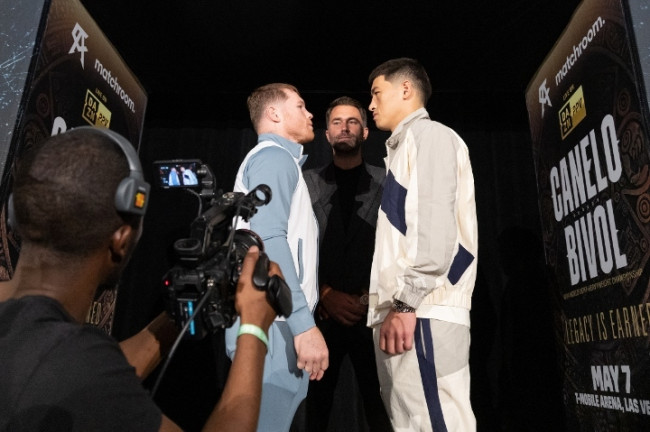 This Saturday, the WBA Super light heavyweight champion Russian Dmitry Bivol (19-0, 11 KOs) will have the most difficult test in his career – he will fight the leader of the P4P rating absolute in the super middleweight division Mexican Saul Canelo Alvarez (57-1-2, 39 KOs). ).

On the eve of the battle
Bivol talked with media representatives: “Attitude towards Canelo? I respect him because he has achieved a lot in boxing. But this is exactly the same respect that I had in relation to my other opponents. Not more. I respect him, but for now he is my enemy. In general, I am very pleased that I got the opportunity to fight the best in the world. I will finally get an answer to what my skills are really worth. It’s a really big challenge for me.”

Bivol says it doesn’t really matter to him what weight to box against Alvarez. Can a hostile audience affect me? Definitely not, because as an amateur I often fought in away tournaments.

For Canelo, the upcoming fight will be the second in the division limit. In 2019, he knocked out Russian Sergey Kovalev and took away the WBO belt. Bivol’s opinion: “I was there, I saw the fight. Kovalev acted well, but he ran out of fuel in the gas tank. Yes, I saw some of Canelo’s vulnerabilities in that fight. Knockout? This is boxing. It can fly to one or the other. Everything is simple here: you need to hit harder and avoid the answer. It also requires extreme focus. Strategy? No, not a word about it. See everything in the ring.”

Earlier, the top coach said that he “expects the unexpected from Bivol.” But the cult Benard Hopkins wrote off the Russian before the fight: “Canelo will smear him in mashed potatoes.”