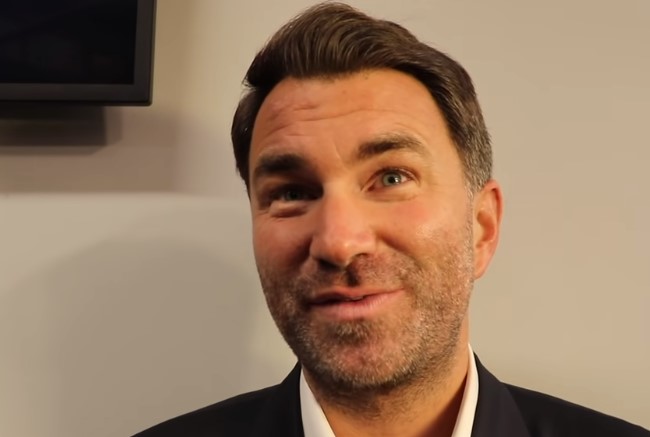 On this date, we recall, the third fight of Alvarez against Kazakhstani Gennady Golovkin (42-1-1, 37 KOs) was scheduled. But yesterday, Canelo lost to Bivol, and the trilogy with GGG probably faded into the background.

The promoter reiterated that it was up to Saul whether to initiate a rematch clause in the contract.

“Before the fight, I said that Saul is depriving himself of the advantage by participating in these difficult fights,” Hearn said.
iFL TV. – It’s rather strange. He doesn’t belong in the light heavyweights, but he does it to take on tough challenges.”

Now, according to the head of Matchroom, the main question is, does Saul want a rematch with Bivol – or return to 76.2 kg and defend titles?

“I think he will want a rematch because I know what kind of person he is. Plus, it’s a huge fight. Let’s see what happens. If he wants to activate the rematch clause, we will do it on September 17, ”the promoter announced the date.

Dmitry Bivol: “Let’s meet Canelo in a rematch for 4 titles”