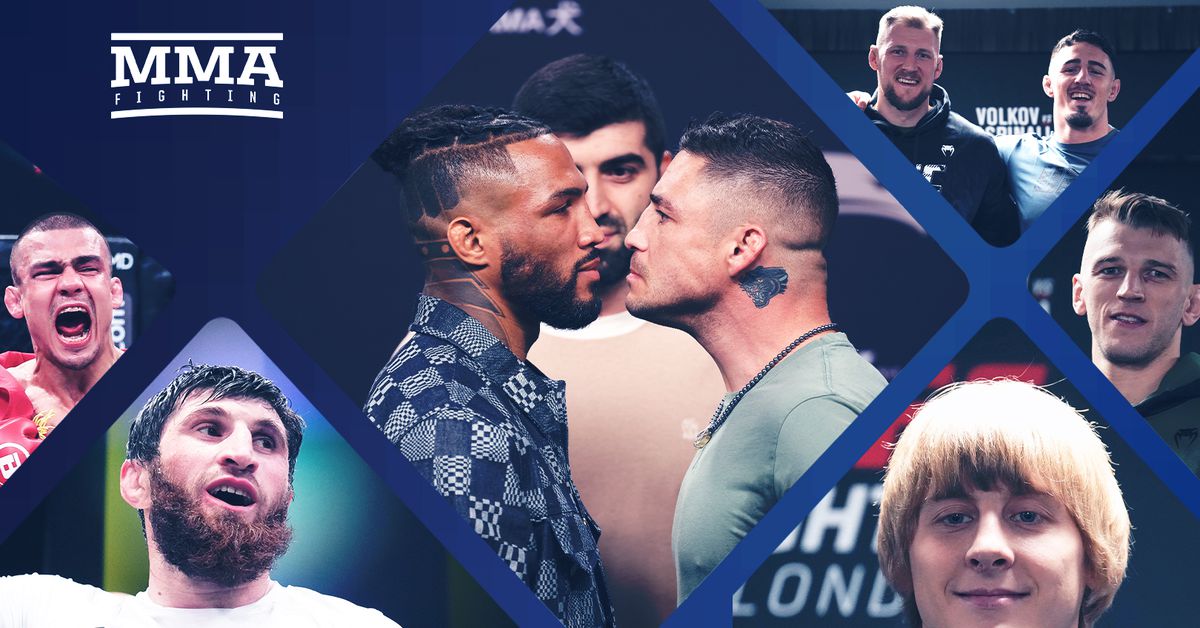 Who had the better weekend — the UFC, Bellator, or Eagle FC?

This week’s edition of Between the Links will feature a roundtable discussion on the question. The panel will also discuss Magomed ankalaev’s victory over Thiago Santos at UFC Vegas 50, whether it was sufficient to win him a title shot and Song Yadong’s ceiling in UFC bantamweight after his win against Marlon Moraes. We’ll also talk about Kevin Lee winning unanimously over Diego Sanchez in Saturday’s main event at Eagle FC 46,, as well as what the UFC returned to London this weekend.