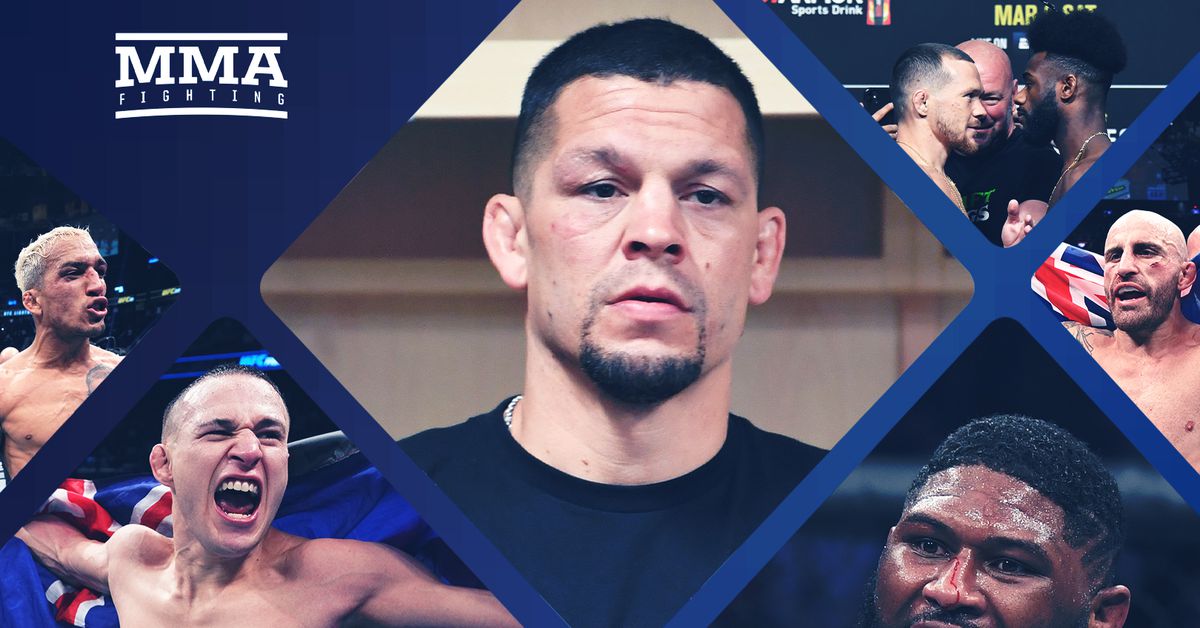 UFC star Nate Diaz is frustrated to not have a fight on the books and has requested his release from the promotion. Now what?

This topic and predictions regarding whether Diaz will fight in 2022, will also be addressed by the panel on the new edition of Between the Links. In addition, the panelists will talk the big wins from Curtis Blaydes and Kai Kara-France at UFC Columbus this past Saturday and which of the two could find themselves in a championship bout first, how many titles could change hands in the six championship bouts between next Saturday’s #UFC273 card, and June’s UFC 275 event in Singapore, and more.