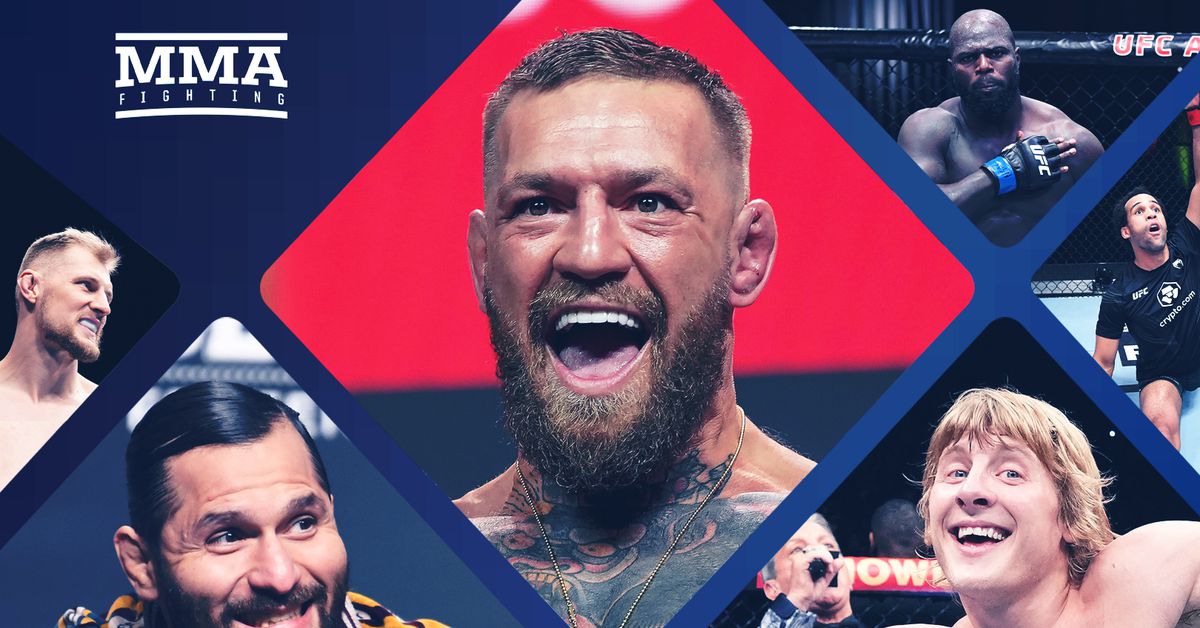 Conor McGregor and Jorge Masvidal appear to be on a collision course for a massive showdown, but is that the fight to make for both guys?

This week on an all-new edition of Between the Links, the panel will discuss that idea, the stakes that would be involved, and the chances it happens. In addition, topics will include the UFC’s booking of Paddy Pimblett vs. Jordan Leavitt at UFC London, Saturday’s UFC Vegas 56 event headlined by Alexander Volkov and Jairzinho Rozenstruik, the latest with the PFL — including their new PPV model, Kayla Harrison vs. Julia Budd, and fighters who have competed in the regular season getting victories, yet still being considered alternates — and more.

If you missed the show live, you can listen to the podcast version, which can be found below and on Apple Podcasts, Google Podcasts, Spotify, Stitcher, and YouTube.