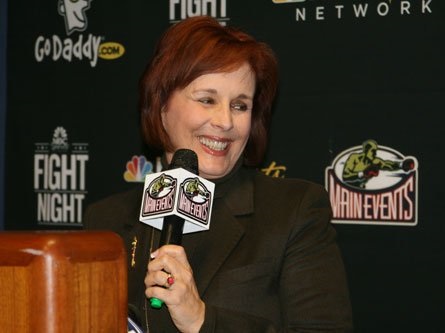 The former American co-promoter of the reigning WBA Super light heavyweight champion (up to 79.4 kg) Russian Dmitry Bivol (20-0, 11 KOs) Cathy Duva admitted that she was very worried about the ex-ward in the last fight against the superstar Mexican favorite Canelo Alvarez (57-2-2, 39 KOs) and therefore was very happy with the result.

Recall that on the night of May 7-8, Bivol successfully defended the title, defeating Alvarez on points. Tendril? Which Usyk? Canelo Alvarez failed Bivol – report from WMMAA.

“This is the best Mother’s Day gift I have ever received! Katie stated. – I thought the final scores of the judges were closer than the fight itself, but we were in Vegas. He (Bivol) deserved to win, but I thought they would count it as a draw.”

“Canelo just couldn’t figure out what to do with him,” Duva said. – Dmitry was exactly as I expected: disciplined. Dimitri makes you pay (for mistakes) and does it better than any other fighter I’ve ever seen.”

Bivol on his place in the pound, attitude towards Canelo and demands for a rematch