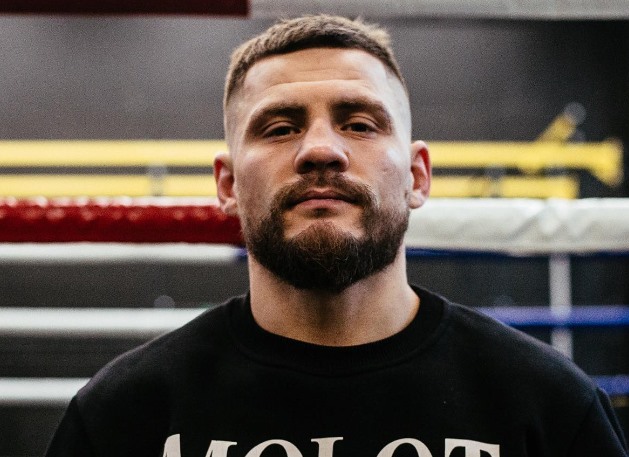 Ukrainian lightweight Denis Berinchyk (16-0, 9 KOs) either jokingly or seriously stated that the IBF, WBO and WBA heavyweight champion Oleksandr Usyk (19-0, 13 KOs), his friend, has nothing was to leave the country at war against the Russian occupiers if he lost the rematch of Anthony Joshua (24-2, 22 KOs). A native of the now occupied east of Ukraine shared his thoughts on the battle on August 20
with the interviewer Vladimir Kobelkov.

“Looking at all those Joshua muscles… Of course they are impressive. Usyk also did not sit still, he “made the wind.” It’s been six months of the war… Again, if he arrives without a victory, he may not come at all. Well, since you’ve gone, then take the win,” Berinchik said. – If “Mustache” does not nakalaputsya it – EVERYTHING. Why did you go there for six months? Why did you go there?”

“San… Sanya! You either extinguish it to the end and do not wait for this gong. Sanchez! Bro, handsome… Well! When you feel it, come on, turn it on! What are you there? Will you run out of gas? No. We’ll fill up the gas. There is no gas and gasoline – go to the solarium! What are you? Sanya, we believe in you, your help is absolutely necessary for us. Ukraine is above everything. Plus,” he grinned.

big and agrsessive Usyk will be knocked out: promoter’s forecast

When asked if Joshua could change anything in the second fight, Denis answered clearly: “It was necessary to train for 10 years, you know? 10 years of training – and then you can change something. And so … As you were a ram, so you will remain them.

“It’s hard to hit a moving target like Usyk,” said Denis. – Him [Джошуа] no pace, he doesn’t move on his feet. He is walking. He does not jump in the shuttle, with jumps, by the leg. He doesn’t know how to do it. And even if they show him how to do it, he won’t be able to do it. That’s all”.

In the first fight, Usyk defeated Anthony by decision of the judges.

Bradley gave some advice to Joshua on how to beat Usyk

With the beginning of the full-scale invasion of the Nazi state in the Russian way, Berinchyk, like hundreds of thousands of Ukrainians, joined the ranks of the defense forces, but a few weeks later, when the question arose of officially “ending” the volunteers, he was retrained, so to speak, into a volunteer. It has been a couple of weeks since he began to prepare for the next fight.

On August 12, he held an open training session and raised money for the Ukrainian army. His coach
Egor Golub constantly hosts auctions, helping the “sponsored” units of the Ukrainian defense forces with the collected funds.