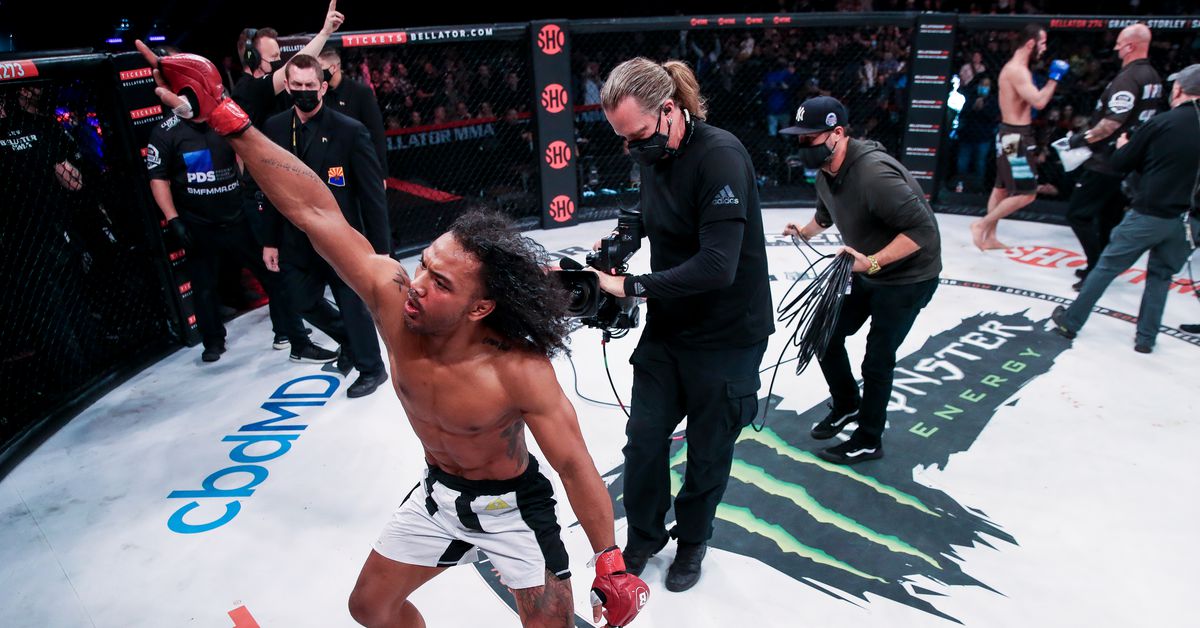 On Wednesday, Bellator officials confirmed that Henderson had signed a multi-fight contract with them. In addition, multiple people with knowledge of the promotion’s plans confirmed to MMA Fighting that Henderson will face Peter Queally at Bellator’s return to Dublin, which will take place Sept. 23 at the 3Arena. The Sun was first to report the booking.

“Smooth” entered his Bellator 273 bout in January on the last fight of his deal, on a three-fight losing streak, and as a massive underdog against Islam Mamedov. After an exciting, hard fought battle, Henderson came away with a split decision victory.

Henderson, a former UFC lightweight champion, signed with Bellator in February 2016 and is 6-6 in 12 promotional appearances. Following the win over Mamedov, Henderson wasn’t sure where his career would take him, or if he would even continue competing. During a February appearance on The MMA Hour, Henderson hoped he would stick around with Bellator if they wanted him — despite feeling he may not have lived up to expectations.

“Actually I feel sorry for Bellator. I feel like I underperformed my contract for Bellator. Bellator paid me very much, and I feel that they should have given me more. I didn’t do what they brought me over for. A big, huge free agent signing — you know that carries weight, that carries implications with it. My Super Bowl title is supposed to be brought back. You’re expected to bring the Super Bowl to your team as a free big agent. I’m not sure I ever did. I can’t remember ever having great performances .”

After being defeated by Patricky Pitbull in the second round, Queally is back to action. Queally was fighting for the vacant title of lightweight at Bellator 270. The 33-year-old was slated to return at Bellator 275 this past month before he was forced to withdraw with an injury.

Guilherme Cruz contributed to this report.