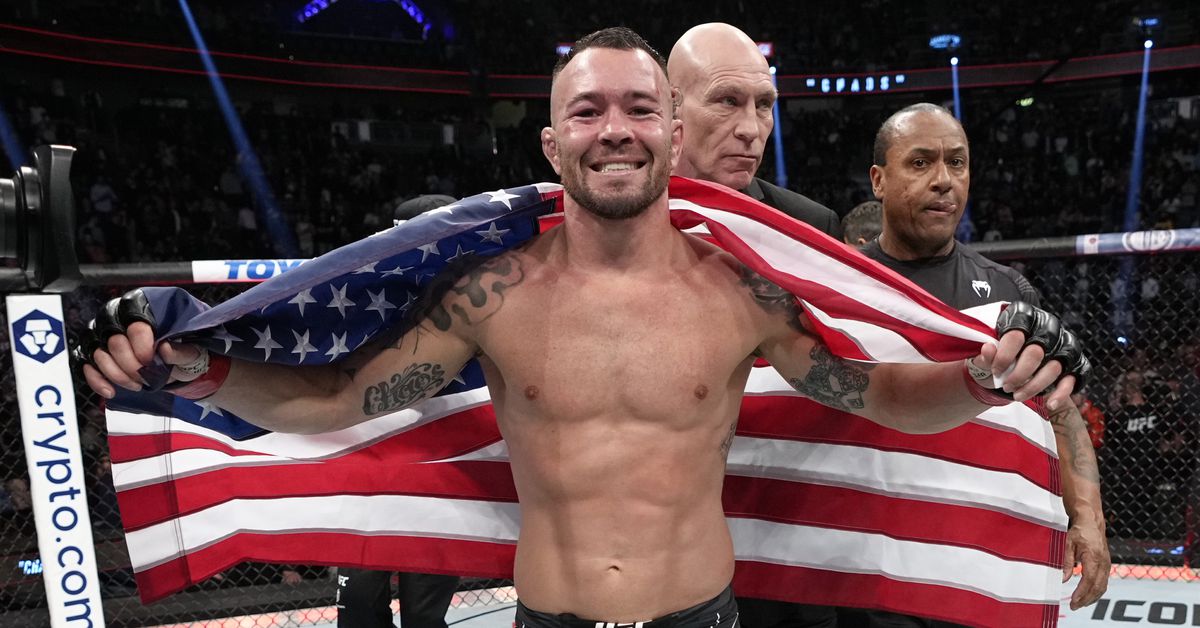 Ben Askren will never be Colby Covington’s biggest fan but he’s happy to give credit where credit is due after his latest win over Jorge Masvidal at UFC 272.

Despite his personal feelings, Askren expected the fight to play out the way it did but he also can’t ignore the gross way that Covington has continued to market himself while seemingly irritating just about every athlete on the entire UFC roster.

“Colby is good,” Askren stated on The MMA Hour . Colby is not my favorite. I’m going to give Colby some advice and this is actually good advice.

” If Colby weren’t so a dips ***,, he works really hard. It’s impossible not to like him. He comes forward. He puts in a lot of effort throughout the fight. I think if he just said ‘I’m me, I’m a hard working dude who likes wrestling, came from the Pacific Northwest and I like to fight hard,’ I think he would get a lot better reception.”

Of course, Covington has long since embraced the brash demeanor he developed after he claims the UFC told him there was no interest in retaining his services back when his contract was nearing its end ahead of his fight with Demian Maia.

That was when Covington decided to take a leaf from professional wrestling. He started his heel character and attacked Brazil as well as teammates and anyone else that happened upon him.

Covington’s volatility eventually put him at odds with Masvidal and seemingly everybody else at American Top Team in Florida before leaving that gym to join forces with the coaches at MMA Masters in nearby Miami.

Dana White is unsure of what will happen to Colby Covington or Jorge Masvidal. Covington may eventually face Usman again

Ben Askren ridicules Jorge Masvidal’s ‘terrible’ tattoo and rips him because he tried to fight Covington, after having already lost

Following his win over Masvidal this past Saturday night, Covington continued to take aim at his former team while calling out Dustin Poirier after they had exchanged words both inside and outside the gym.

While Poirier may be a lightweight, Askren actually thanked Covington because that is what he wants in his current career.

“Great callout,” Askren said. “I mean obviously they’ve been in the gym, he knows he’s probably really, really likely to win it.

“Poirier is probably the top 10 UFC name at the moment, considering that he beat McGregor twice. So huge name, easy win. You can’t ask for anything better than that.”

An argument could easily be made that Covington would be better served waiting to face the winner in the upcoming fight between Gilbert Burns and Khamzat Chimaev at UFC 273 because that fight could put him that much closer to another shot at the welterweight title.

Askren thinks otherwise, because Covington has already lost two fights against Kamaru Usman the reigning champion. He knows that it will take more than one win to make a trio.

This is why it makes more sense to have a major money fight against Poirier.

“Colby can’t call out anyone above him cause he’s already had two shots at Marty (Kamaru Usman),” Askren said. “Dana [White] stated that he could get the shot again, but it will take some time. This is not possible right away.

“Who else will you call? But again, big attention, easy win, that’s what you want.”