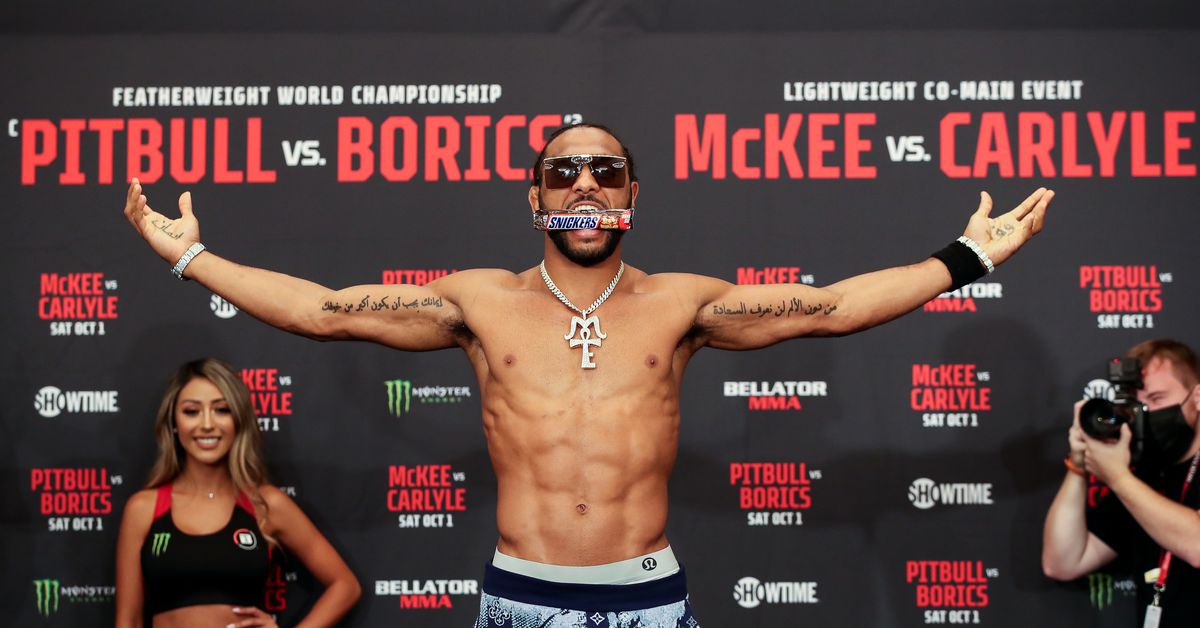 The cross-promotional event pairs some of the companies’ champions and top contenders against one another will be headlined by former Bellator featherweight champion A.J. McKee and RIZIN lightweight champ Roberto de Souza.

Kleber Koike and Patrick Pitbull will be facing off in a clash of featherweight champions in the main event. Additionally, flyweights Kyoji Horiguchi and Hiromasa Ogikubo will meet in the featured bout, while the main card rounds out with Juan Archuleta taking on Soo Chul Kim, along with Gadzhi Rabadanov vs. Koji Takeda.

Prior to the Bellator vs. RIZIN main card is a stacked preliminary card, which is labeled RIZIN 40, featuring the highly anticipated atomweight tournament final between Seika Izawa and Si Woo Park, as well as the RIZIN debut of multi-time UFC title challenger John Dodson.

Get weigh-in results below.