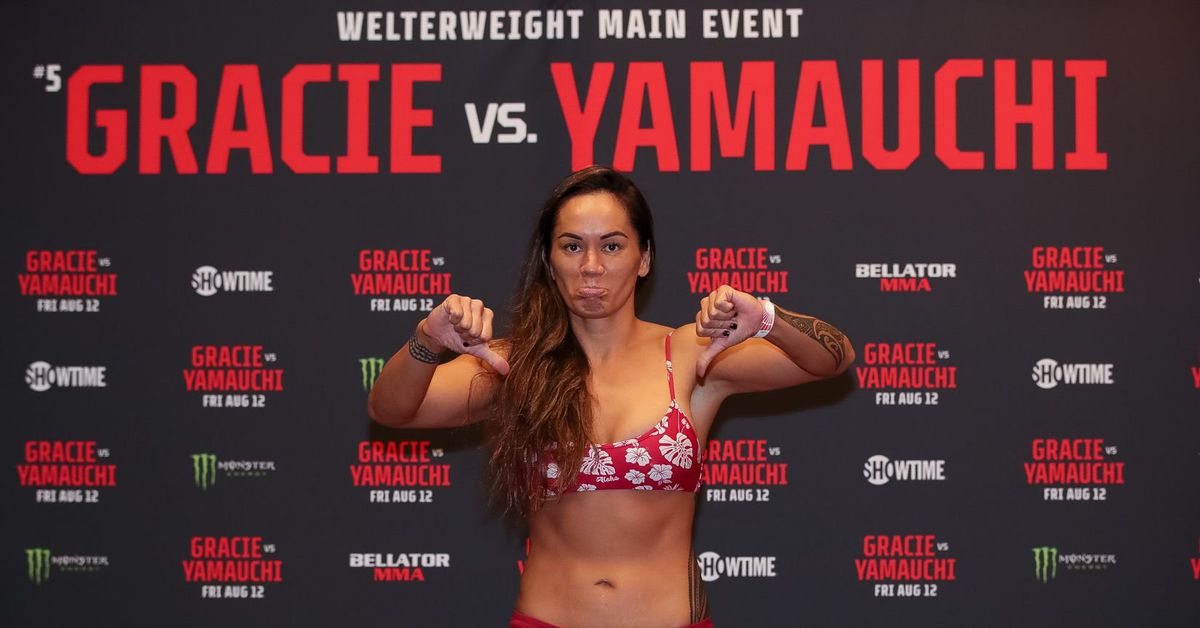 Ilima-Lei Macfarlane struggled with the scale ahead of a pivotal bout.

At Thursday’s official weigh-ins for Bellator 284, the former flyweight champion weighed in at 129 pounds, three pounds over the limit for her fight with Bruna Ellen, which takes place Friday at Sanford Pentagon in Sioux Falls, S.D. This is the first weight miss of Macfarlane’s career, which included a run as Bellator’s 125-pound champion from 2017-2020.

The main card fight will be at a catchweight, with Macfarlane losing an undisclosed portion of her purse in penalty. Officials told MMA Fighting’s Steven Marrocco.

Welterweight headliners Neiman Gracie and Goiti Yamauchi successfully made weight, with Gracie coming in at 170. 4 pounds and Yamauchi at 170.

Macfarlane wasn’t the only heavy flyweight. Her most recent opponent, Justine Kish, also missed weight, tipping the scales at 128. 4 pounds, 2. 4 pounds over the limit for her bout with DeAnna Bennett. The Kish vs. Bennett will proceed at a catchweight with Kish forfeiting an undisclosed percentage of her purse as penalty.

One other fighter missed weight, lightweight Nick Perez (157.4). Bellator announced that his bout with Isaiah Hokit has been cancelled.

Watch video of the ceremonial weigh-ins above, which begin at 7 p.m. ET.