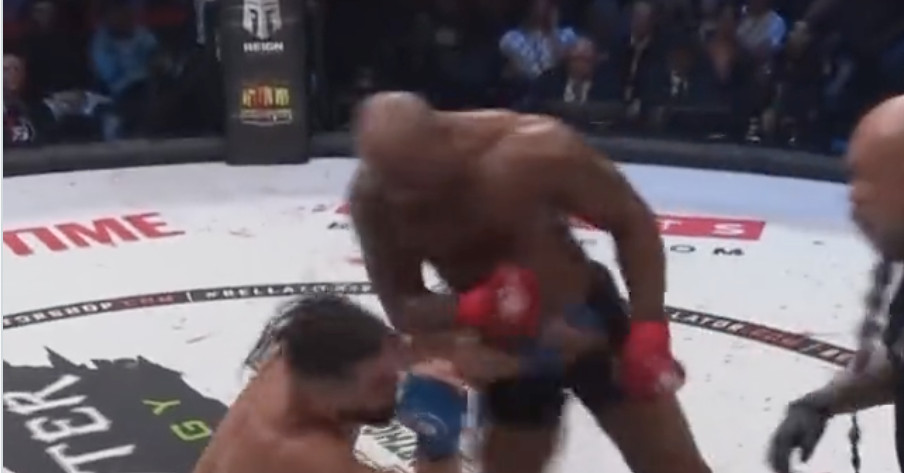 Yoel Romaro has returned to the winning column. He did it in a patient, but ruthless manner.

Romero faced Alex Polizzi at the Bellator 280 Paris co-main. This was the second promotional appearance of “Soldier of God”.

Check out the video of Romero’s finish above.

The official time of the stoppage was 4:59 of Round 3.

Polizzi attempted a takedown in the first round, but Romero sprawled to land a huge punch almost simultaneously. Romero scored with a trio of straight left hands that were his most successful strikes of the opening round. Polizzi tried to answer, but it was clear Romero’s power was more surprising along with the 45-year-old’s defensive quickness on the grappling end. Romero finished the round by a takedown, and two left hands against fence.

Romero unloaded on Polizzi early in the second round, before returning to a methodical pace. Romero scored time and time again with big straight lefts, one of which dropped Polizzi hard. Polizzi was in a mess by the end of round 2.

In the third, Romero slowed things down, although he landed a pair of left jabs, and another powerful left hook that dropped Polizzi, plus a straight left that had Polizzi almost out on his feet before he finally put an end to the fight with one second remaining on the clock.

Following the win, it was announced that the originally scheduled matchup for the card between Romero and Melvin Manhoef would be rebooked for the promotion’s return to Dublin on Sept. 23.

It was Romero’s first victory since defeating Luke Rockhold by knockout over four years ago at UFC 221.