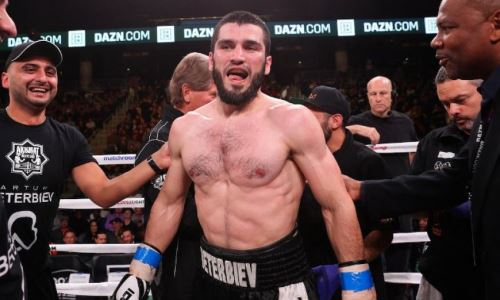 Today, a boxing evening was officially announced on June 18 in New York (USA), the main event of which will be a unification fight between WBC/IBF world champion Artur Beterbiev (17-0, 17 KOs) and Joe Smith (28-3, 22 KOs), who owns the WBO title.

The action is organized by Bob Arum’s promotional company Top Rank, which is represented by both boxers.

“I look forward to the upcoming challenge,” says Beterbiev. “Joe Smith is a real champion, but I’m off to Madison Square Garden to add another world title to my collection. This fight will take me one step closer to the title of undisputed champion.”

“I am incredibly excited and focused on the task ahead of me,” Smith said. – The meeting with Beterbiev is a power. This will be a fight between the two strongest punchers in modern boxing that fans will remember forever. This opportunity is my dream. Fighting for three titles is a chance for me to get closer to winning the absolute championship.”

Earlier, the WBC “banned” Russian boxers – all except Beterbiev.