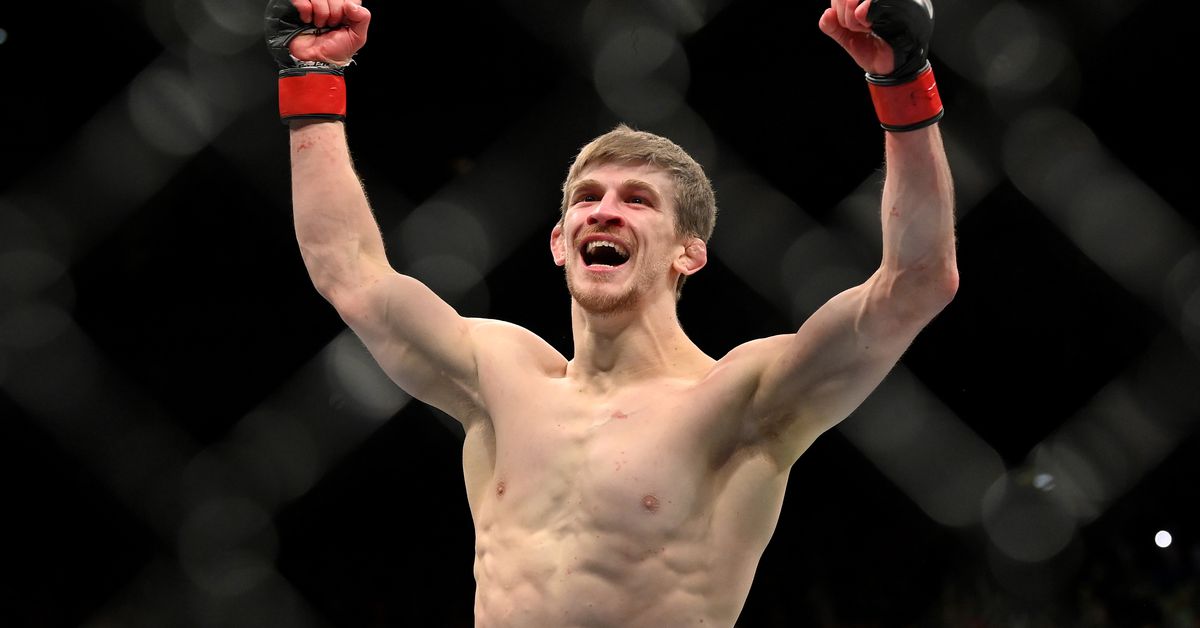 Arnold Allen has no doubts about the quality of his stoppage win over Dan Hooker.

This past Saturday at UFC London, Allen turned in the best performance of his UFC career, stopping Hooker with strikes just 2 minutes and 33 seconds into the first round. The stoppage came with a small amount of controversy however, as though Hooker was clearly hurt, Allen never actually dropped “The Hangman,” finishing the fight with punches and elbows while Hooker covered up along the fence. UFC champion Israel Adesanya was upset. He said during UFC London’s live reaction that the stoppage had been premature Allen, however, disagrees.

“I think it was the right call,” Allen told Ariel Helwani on The MMA Hour. “I can’t really see how Izzy can think that was early. The man himself didn’t complain, so that’s the biggest tell for me.

. Whether he was in the ring early or later, Allen won the victory, which is his 9th consecutive win since joining UFC in 2015,. He now stands at the edge of title contention for UFC’s stacked 145-pound Division. Allen’s nine-fight win streak, which is his longest in UFC history, is due to his lack of activity. Allen has only fought twice in a year once since signing with the UFC, and while the 28-year old wishes he had been able to be more active thus far, he also notes that his slower schedule has probably helped him in the long run.

Allen should get a chance to prove that theory soon, and break out of his one-fight-a-year mold. Following the win, “Almighty” called for a fight with the UFC’s fifth-ranked featherweight, Calvin Kattar, hopefully later on this year.

“Someone said June, but it’s too early for me to believe that,” Allen stated. “August? This year. Let’s start small. [Laughs]. This year. This year. This year, however, I am going to fight. I’ve got a couple little boo-boos on my hand but it shouldn’t be as bad as last time, hopefully.”