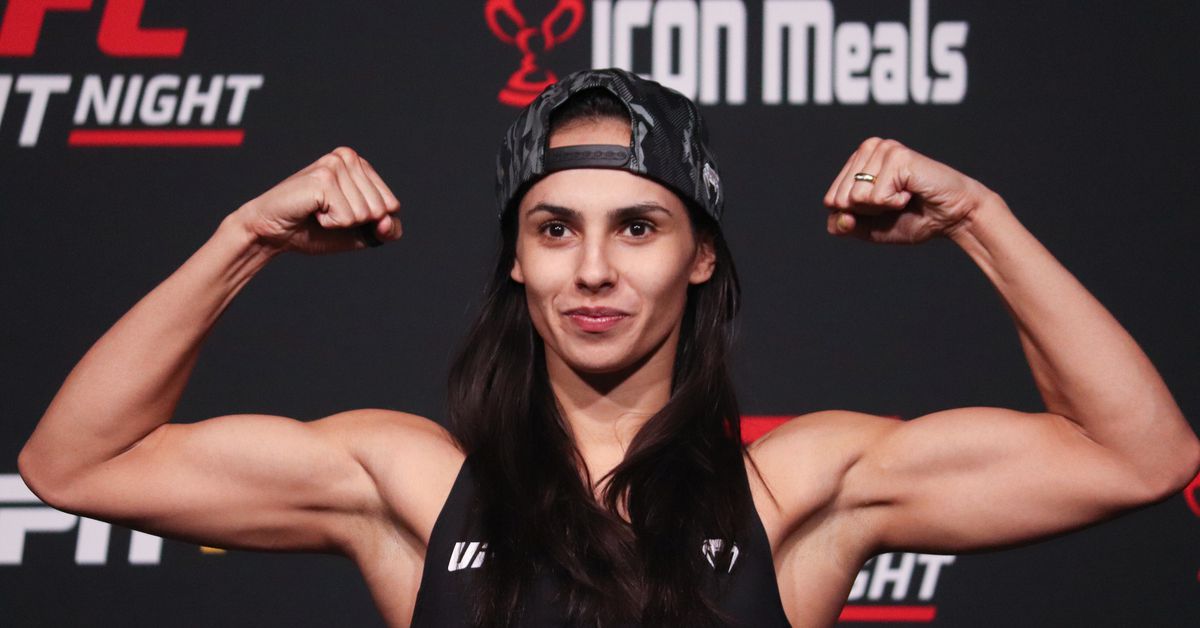 Ariane Lipski and Priscila Cachoeira will look to build on recent wins when they meet at UFC APEX in August.

MMA Fighting’s Guilherme Cruz confirmed with sources with knowledge of the matchup that Lipski (14-7) and Cachoeira (11-4) are set for a flyweight fight at UFC Vegas 59, which takes place Aug. 6 in Las Vegas.

Both women have won, Lipski defeating Mandy Bohm in unanimous decisions last September while Cachoeira beating Ji Yeon Kim unanimously this February. Both were originally scheduled to face each other at the UFC event in Sao Paulo (Brazil) in November 2019,, but Cachoeira pulled out of that fight after she was given a diuretic.

Lipski, a former KSW champion, has had uneven results since joining the UFC roster in 2019. Her win over Bohm snapped a two-fight skid and her UFC record currently sits at 3-4.

Cachoeira has bounced back from an 0-3 start to her UFC career, winning three of her past four fights. She also won the fight against Kim. Shana Dobson and Gina Mazany were knockout wins.

Sam Alvey angles for Jake Paul fight after UFC release, reveals past sparring run-in: ‘He was a douche’