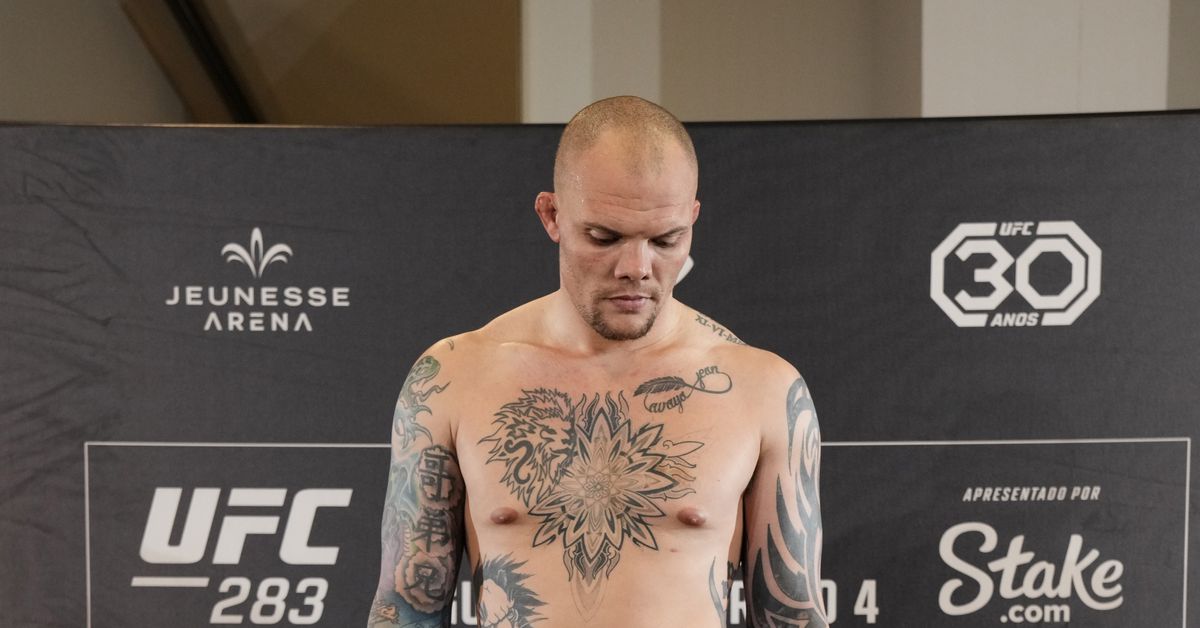 One-time UFC light heavyweight title challenger Anthony Smith makes no excuses for coming in heavy as the backup for the UFC 283 title fight between Jamahal Hill and Glover Teixeira.

“It wasn’t for a lack of effort,” said Smith on the Believe You Me podcast he shares with UFC Hall of Famer Michael Bisping. “I spent 48 straight hours cutting weight. This was not an easy task. No one saw me on the scale looking like I had an additional 20 pounds to lose. It was close but not enough. That’s all my fault.

” I’ll be first on the scales for my next fight. And I’m not a serial weight-misser. This happens. It wasn’t intentional. I apologized to everyone that it mattered to.”

Smith, who took the backup job after Hill was pulled from their UFC Vegas 71 fight, came in at 209 pounds, or four pounds over the strict 205-pound limit set for light-heavyweight title fights. This was Smith’s first UFC loss.

Anthony Smith (206. 5) missed weight as a backup for the light heavyweight championship fight at #UFC283 pic.twitter.com/t6nxhAgiim

As it turned out, Smith’s services weren’t needed after Hill and Teixeira both made weight, a fact that helped ease tensions with the UFC.

“They weren’t super happy about it, but once the fights went through and everything was fine, everybody was good,” Smith said. They know I am a professional, and that things do happen. I offered no excuses, and that’s on me.”

Smith indicated that he had been on track to lose weight and was not surprised by the outcome.

“I can’t even tell you what happened, because no matter what I say, there’s a reason, there’s a lot of s*** that goes on behind the scenes that nobody sees,” he said. “I was in shape, I was really low a couple weeks ago, and s*** happens, and I have no excuses.”

Smith stated that he is still available to fight on Saturday night but not as a title contender because he did not make the championship weight.

Smith is often at the forefront of debate over weight-cutting and has not been shy about expressing his frustrations with other fighters. He’s previously detailed his own issues with weight while competing in the middleweight class, though he never came in heavy at 185 pounds. His experience will not stop him holding other people accountable, he said.

“I’ve been an absolute a***** about people missing weight,” Smith said. “You’ve got one job: You’ve got to show up on weight. That’s the easiest part of the job, right? So, I stand behind everything that I have ever said about others, that weight loss is a must, that it’s an impossible option and that I will take whatever comes my way. It doesn’t change my perspective on anything.