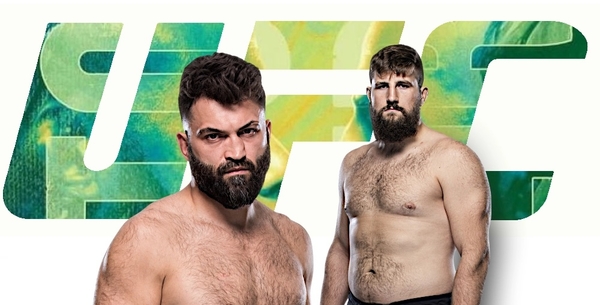 This coming weekend, UFC APEX (Las Vegas, Nevada, USA) will host UFC Fight Night 182, also known as UFC on ESPN+ 40 and UFC Vegas 13. The card will feature performances by several former UFC title contenders, as well as a fight with the participation of the ex-champion of the promotion.

In the co-main event of the evening, Belarusian ex-UFC heavyweight champion Orlovsky will take on his lesser-known US counterpart Boser.

Orlovsky will turn 42 in three months, and he fought his first fight in the UFC in November 2000. Pitbull has lost twice in the last two years and won the same number of times. He will enter the cage on a winning trail – in May he managed to upset UFC newcomer Filipe Lins by winning a unanimous decision from him.

The 29-year-old Boser is 3-1 in the UFC, going on a streak of two knockout wins. Over the course of a month in the summer, he finished the aforementioned Lins in less than three minutes and Rafael Pessoa in just over a round and a half.

Orlovsky is a basic sambo wrestler with good boxing skills and a reputation for having a weak jaw. But in the last 10 fights, Orlovsky was knocked out only once.

Boser came out of karate, where he has a black belt. Therefore, the “Bulldozer” poses the greatest danger to opponents in the standing position with its powerful low kicks and “splashes” from both hands.

Orlovsky is more technical and much more experienced. If he does not sharply lose in speed, then he can outbox Boser. In recent years, we have repeatedly seen how he interrupts rivals in the class, bringing the matter to a comfortable victory on the judges’ cards. The main thing for the Belarusian is not to miss powerful blows.