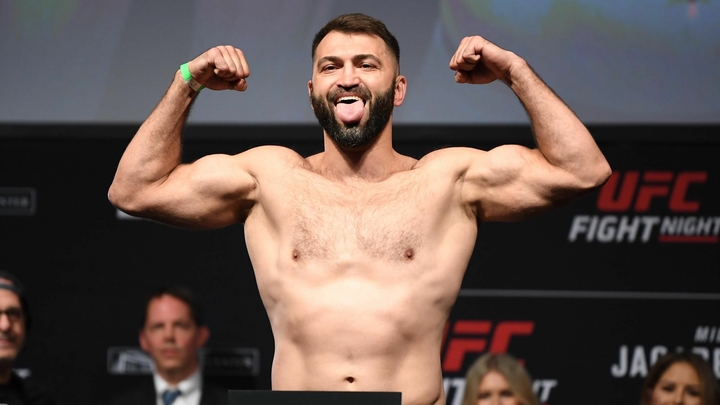 Former UFC heavyweight champion Orlovsky is still in the ranks and will delight fans with his performance this coming weekend, facing Tom Aspinall in the cage.

Orlovsky, 42, had a good 2020. In May, he closed a knockout loss to Jairzinho Rozenstruik, winning on the cards of three judges from Filipe Lins, and in November, the fight against Tanner Boser ended with the same outcome in his favor.

Aspinall made his UFC debut last July with a 45-second knockout victory over Jake Collier. In October, the Englishman brought his record in the UFC to 2-0, scoring Alan Budo on the ground in 105 seconds.

Orlovsky is a technical drummer with a good wrestling background. Due to his skill, he manages to hide his main drawback – a weak chin.

Aspinall is a physically powerful puncher. He relies on his stance and his aggression.

The Briton, perhaps, has the only chance to win – to hook his age counterpart with his murderous punch. Aspinall does not look better than Lins and Boser, so if the Belarusian is in shape and does not make fatal mistakes, then he has an excellent chance of winning a third victory in a row. It looks like Aspinall is holding the punch well, so it will be hard for Orlovsky to knock him out.