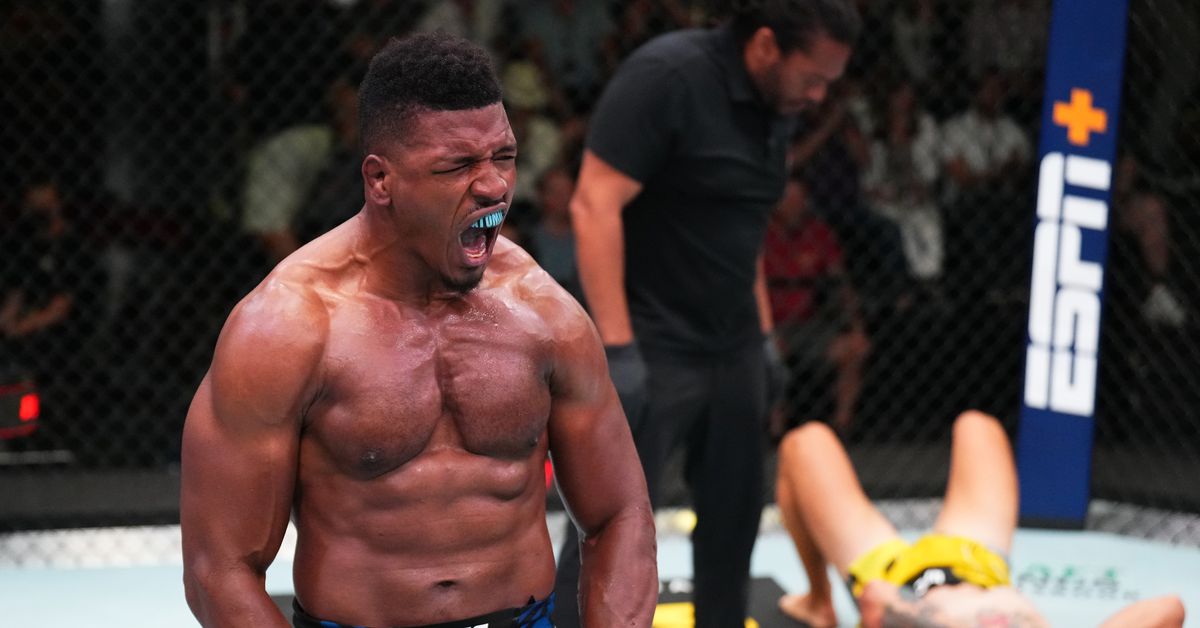 Alonzo Menifield found himself in the middle of a bizarre storyline that built steam throughout the UFC Vegas 56 fight week in regards to his opponent Askar Mozharov.

Prior to their light heavyweight tilt on Saturday at the UFC APEX, which Menifield won via first-round TKO, Menifield was well aware that Mozharov’s pro record continued to change in the sport’s well-known databases from 25-7 to 19-12 by fight day.

“It fluctuated just like the stock market,” Menifield said to members of the media after his victory at the APEX .. “I noticed it was [changed] three times and I was like, ‘This guy is a weirdo, he’s a chump.’ I had all kinds of bad thoughts for him. Respect is a must in this sport. These fighters, we, me, we put our lives on the line and we train.

“This is a choice, and this is what we choose, so I don’t know if he’s playing games, or if it’s some type of showcase for media or whatever, but when you come and fight in the octagon, it’s serious.”

At the end, it looked like Menifield was having some words with Mozharov. Things were heating up between them. Menifield hit a big punch just seconds before landing a takedown. When Mozharov got back to his feet, he landed a few shots before getting taken down again.

Eventually Menifield took control in a crucifix and used vicious elbows to stop the fight. Fortis MMA’s standout explained the reason things heated up after the fight.

“I would never be a crazy person like that,” Menifield said. He said, “I am not such a dude. In all honesty, he began to talk about it when I was fighting him. That’s soft. “What is that?” And he began talking to me in an unprofessional manner, and the gangster emerged.

“Then right then and there, I was like, ‘OK, Alonzo, he’s is trying to throw you off of this grappling thing’ So I was like, ‘You know what? I’m going to grapple, I’m going to wrestle him more.’ So yeah, that’s why I was kind of crazy.

” With him talking and his thinking as I believe he did, Menifield said. He was walking [off], and I felt the need to continue fighting him. Of course get those two paycheck, and then I was like, ‘Yeah, I’ll meet you in the parking lot.’ That’s how mad I was.”

Canelo Alvarez will never fight this boxer, says his ex-promoter