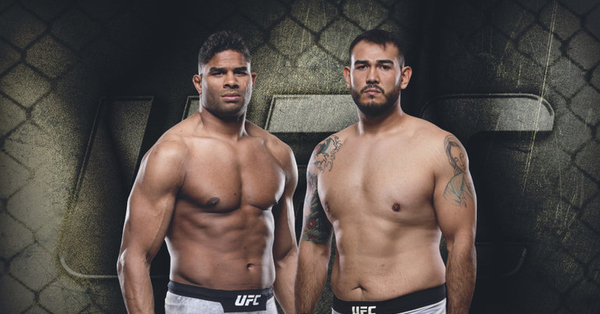 In the main event we will see a big fight and not only because Overeem and Sakai are big guys, the winner of the fight will be one or two wins away from the heavyweight title fight.

No. 6 Overeem was last seen in the cage in May, when he knocked out Walt Harris in the second round, which closed a humiliating loss to Jairzinho Rozenstruik with 5 seconds left in the fifth round. And before that, “Rome” scored two victories in a row by knockout in the first round over the Russians Sergei Pavlovich and Alexei Oleinik.

Sakai, who is ranked #9, has won all four fights in the UFC. His victims in the octagon were: Chase Sherman (TKO 3), Andrei Orlovsky (SD 3), Marcin Tybura (KO 1) and Blagoy Ivanov (SD 3).

Overeem, though a veteran, is still dangerous. He is still one of the best athletes in the division. He is an amazing technical striker both in the clinch and from a distance. He is a strong, cunning grappler with a wide range of submission skills, especially his dangerous guillotine, and a merciless ground and pound. Of the minuses of the Dutchman, cardio and a “pierced” chin can be distinguished recently.

Sakai is a good striker who won 11 of his 15 victories by knockout. But he is slow and often forgets about protection. Plus, he’s not very good on the ground.

Overeem has a lot more tools to win. If he does not run into the “bomb” of the opponent, then he can do the same with Sakai as with Pavlovich – get close, knock him to the ground and finish there.

Overeem wins by knockout in the 2nd round